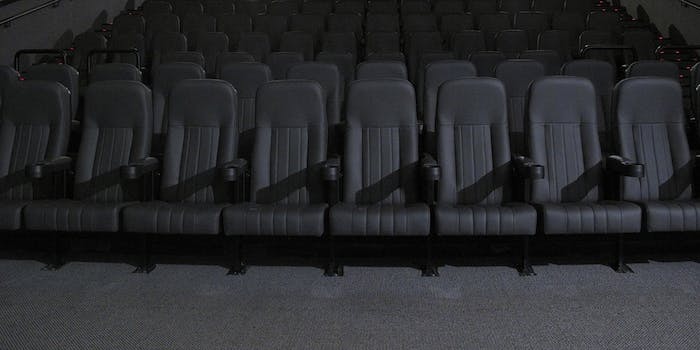 Virtual reality is heading to the cinema

In the not-too-distant future, we’ll watch movies made more realistic by wearing virtual reality headsets. At least that’s what the latest technology demonstrated at the Sundance Film Festival promises.

In Park City, Utah, this week, entertainment studios and tech companies are showing off a handful of films created specifically for virtual reality.

Saschka Unseld, former Pixar director, now studio and creative director at Story Studio, will bring in “guest directors,” to help figure out how to film for movies that will be watched while wearing Oculus headsets, Engadget reports.

Oculus is debuting its first film, Lost, at Sundance this week. Samsung’s Gear VR headset and Google Cardboard are also making appearances as filmmakers show off their latest productions that make watching film an immersive experience.

“It’s a partnership to develop the language of narrative storytelling in virtual reality,” Milk told Wired. “We’re going to help filmmakers—some of them well-known, some of them not well-known at all—explore the medium and try to figure out how to tell a compelling story to human beings. It’s a big challenge and it’s going to take a lot of trial-and-error, but that’s the goal.”

Unlike video games, headset wearers can’t move around in cinematic virtual reality, or look at objects from different angles—it’s a passive, not interactive, experience. The technology is still relatively new, however, and as Hollywood and movie studios put a greater focus on building out their technology, we could see a shift in the way we not only watch movies, but actually participate in them.

While technologists and filmmakers are eager to figure out how to put virtual reality to use, moviegoers may be less enthusiastic. Remember when 3D movies were supposed to be the next big thing in the cinematic experience? After Avatar in 2009, gross profits from 3D productions sharply declined, and rather than a new way to watch movies, 3D-viewing simply became an expensive alternative to watching a movie. One that consumers would rather not pay for.

We won’t be strapping on goggles at the movie theater anytime soon. But Sundance shows us that even consumers not interested in gaming will be able to enjoy different forms of entertainment—and movie studios hope people will be willing to pay for it.