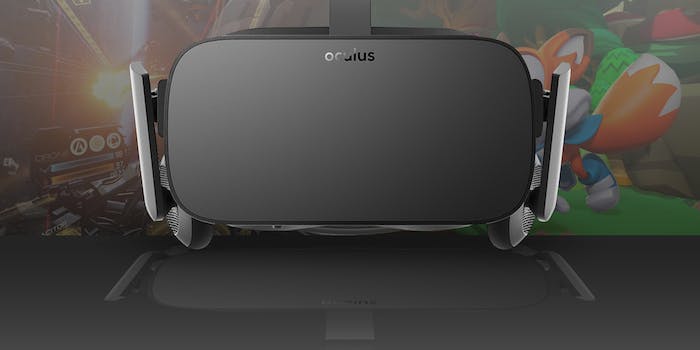 We still don’t know how much the Rift is going to cost you.

You can pre-order the Oculus Rift starting Jan. 6 at 8am PT, but we still don’t know how much the virtual reality rig is going to cost you.

Oculus announced today the opening date for pre-orders, and that Oculus founder Palmer Luckey will be answering questions during a Reddit AMA also on Jan. 6 at 6pm PT .

We expect that the number one question asked, unless the information is disclosed on Wednesday along with the pre-order information, is how much the Rift will cost.

Oculus today told the Daily Dot via email that it would disclose further details when the company could share them. Price is the quintessential question that will arguably decide how large of an owner base Oculus garners on release.

While the future of VR is not necessarily focused on gaming as Luckey shared with us at the Oculus Connect 2 conference in September, at release Oculus will still be primarily be a gaming platform. And there is probably enough software at this point to keep Oculus early adopters busy—a primary concern whenever a new platform is released.

The platformer game Luckey’s Tale will be included for free with the Rift. Anyone who pre-orders the Rift will also receive for free the 3D space combat sim EVE: Valkyrie that has long been a centerpiece for Oculus promotion.

Oculus previously announced that the animated short film Henry will also be included with the Rift.