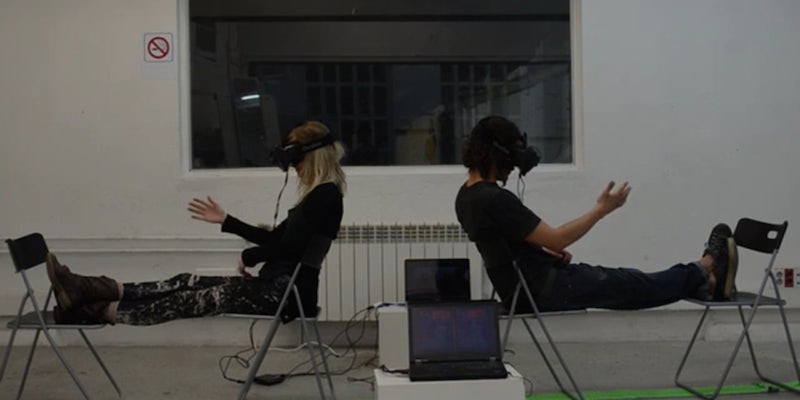 Can Oculus Rift show us what it’s like to swap genders?

The body-swap film genre could become a reality.

The new Oculus Rift virtual reality headset has been getting a lot of buzz for its total sensory immersion into the world of gaming, but how could it be used to explore ideas about gender roles?

Be Another Lab, a European think tank, conducted an “art investigation” involving Oculus Rift and gender-swapping, as part of their The Machine To Be Another project, “an Open Source Art investigation on the relation of Identity and Empathy that has been developed on a basis of low budget experiments of Embodiment and Virtual Body Extension.” The Lab asked a male and female participant to agree on and synchronize their movements, in an effort to “see” how they would react in a different body. (Caution: There’s some NSFW content included.)

As an effort to explore empathy, gender roles, and possibly transgender issues, this project could have interesting implications for issues of race, class, and disability as well. In the Vimeo comments, a recent study is referenced that theorizes that immersing yourself in the “skin of a black avatar reduces implicit racial bias.”

For now, the collective is exploring “feminist technoscience,” intimacy, and mutual respect, which virtual and real worlds could certainly benefit from.

Screengrab via Be Another Lab/Vimeo