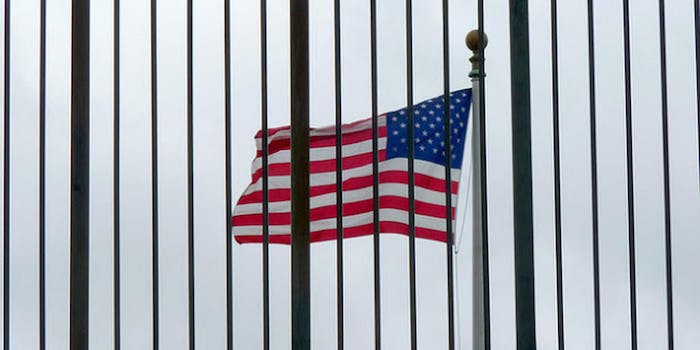 The real problem with Healthcare.org is that innovation in the federal goverment versus the private sector is like apples and oranges.

This is America. We invented Google, Facebook, Amazon, and Apple. We basically own the Internet. Yet the Federal government spent half a billion dollars building a website that won’t work. What gives?

A week after its launch, the myriad problems of the ill-fated Healthcare.gov have gotten worse, not better. And the narrative has changed along the way. At first, the Obama administration blamed the torrent of glitches and errors on traffic overload—8.6 million people visited the site in the first 72 hours.

Then, as the days passed, engineers and programmers started pointing out that actually, the site was just terribly built. The infrastructure and design were ill-conceived, poorly developed, and inherently flawed. The coding is riddled with sloppy mistakes like spelling errors and “Lorem Ipsum Dolor” placeholder text.

I could go on, or you can read it straight from the redditors picking apart the issue on this thread:

And yet the U.S. government spent a cool $634 million to construct the portal, according to the numbers on USAspending.gov. As a point of comparison, Digital Trends pointed out that Facebook didn’t spend $600 million for the first six years it was up and running. In fact, Facebook’s early financing was minuscule even in compared with today’s successful startups. Early rounds of seed funding from the founders themselves, angel investors like Peter Thiel, and VC firms totalled about $42 million in the first year after it launched. Twitter launched with only $360 million in seed money, and LinkedIn and Spotify with under $300 million.

The contrast helps illustrate the real problem with Healthcare.gov. Not being swamped with users, not the shoddy engineering—but the fact that innovation in the federal government versus the private sector is like apples and oranges. Bruised, mushy apples and fresh, delicious oranges.

Read the full story on Motherboard. Photo via ctj71081/Flickr