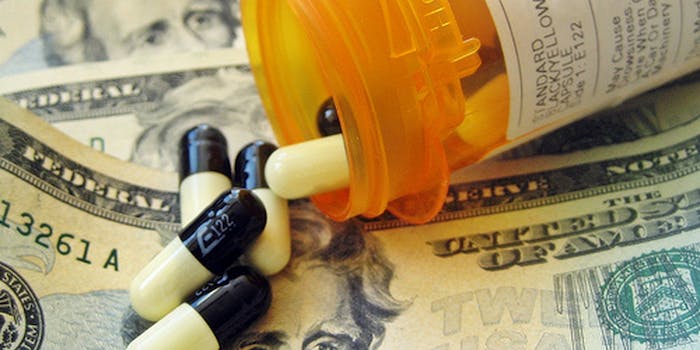 A health-care explainer even a 5-year-old can understand

Leave it to the popular Reddit section, Explain Like I'm Five, to translate Obamacare for the masses.

For most Americans, the response to the Patient Protection and Affordable Care Act (PPACA) was tl;dr (too long; didn’t read).

Yet, it’s become one of the most talked-about issues facing the country today. As soon as Obama signed the bill into law on March 23, 2010, opponents were already trying to repeal it. The so-called Obamacare legislation became one of the most prevalent talking points in the Republican primary debates, with Mitt Romney nearly becoming a pariah among conservatives for having implemented a similar plan in Massachusetts. Meanwhile, Obama has been called everything from a socialist to a dictator for supporting the reform, even as health-care costs under the current system continue to skyrocket.

For such a controversial issue, you’d think the average American (or pundit or journalist) would have a better understanding of it, beyond “Hey Obama wants everyone to have health insurance, and I think that’s (socialism) / (progress).”

Thank goodness for redditor CaspianX, who jumped on the popular Reddit section, Explain Like I’m Five, today to provide one of the best explanations of the health-care bill you’re likely to ever see. With the fate of the bill currently in the hands of the Supreme Court, and with the 2012 Presidential election poised to become a referendum on big issues like health care, it’s more important than ever to understand what’s at stake.

CaspianX sorts the major elements of the 974-page bill chronologically by what’s already in effect and what will be in effect. A ton of changes have already taken place, from a 10 percent tax on indoor tanning beds (a fact often trumpeted by Obama’s critics to prove that yes, he has raised taxes) to a ban on denying health care to patients under the age of 19 due to “pre-existing conditions.”

The real meat of the bill, however, takes effect Jan. 1, 2014, when the individual mandate kicks in. This requires all U.S. citizens to purchase insurance if they can afford it. It’s also the portion of the bill that has so many Americans calling for its repeal. CaspianX explained:

“The biggest thing opponents of the bill have against it is the mandate. They claim that it forces people to buy insurance, and forcing people to buy something is unconstitutional. Personally, I take the opposite view, as it’s not telling people to buy a specific thing, just to have a specific type of thing, just like a part of the money we pay in taxes pays for the police and firemen who protect us, this would have us paying to ensure doctors can treat us for illness and injury.”

So CaspianX is biased, which is why he doesn’t mention the “death panels” Obama will implement in 2014 to kill your grandma. (Oh wait, that’s not actually part of the bill…) Nevertheless, the bill’s supporters and opponents alike have used this post as an opportunity for a reasoned debate about health-care reform, while giving Caspian’s explanation their stamp of approval despite its stated bias. 10over6 wrote:

“As a lawyer who has written thousands of pages trying to explain this law to people, your post makes me feel as if I have been wasting the last several years of my life.”

PrivateVonnegut appreciated the explanation but suggested it may be too late to change the minds of many Americans: “If Obama and the Democrats could have explained it like this a year ago, we probably wouldn’t have as many people flipping the fuck out and screaming about Socialism.”

CaspianX’s summary is around 1500 words—not bad considering he had to compress a bill the size of a George R.R. Martin novel. But if that’s still too long for you to read, captainpixystick has provided a summary of the summary, which was posted to Tumblr by Wil Wheaton: