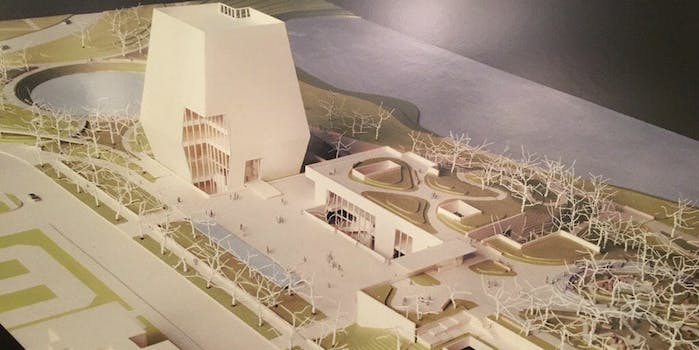 It's way more than a library.

Wednesday at the South Shore Cultural Center in Chicago, former President Barrack Obama and wife Michelle unveiled the $500 million design for the 44th presidential library, expected to be completed by 2021 in Chicago.

The Obama Presidential Center, a site that could stretch up to 225,000 square feet, will feature a library with collections of documents and other artifacts from Obama’s time at the White House, plus a museum with an exhibition space and meeting rooms, an auditorium, restaurant, and public park.

The architects that won the commission among 140 participants in 2016 are from local firm Tod Williams Billie Tsien Architects. Mayor Rahm Emanuel and hundreds of residents attended the unveiling, which included a 3D model.

This will be the first presidential library to be built in an urban setting, just 10 miles from downtown on the South Side.

The nonprofit overseeing the project, the Obama Foundation, told the Chicago Tribune that the center will be “a working center for civic engagement and a place to inspire people and communities to create change.”