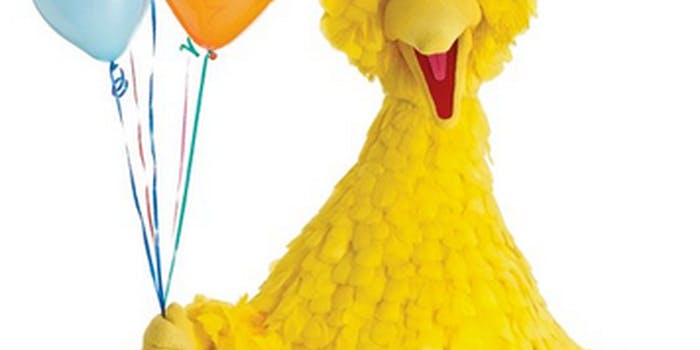 After being caught in the crosshairs, the educational nonprofit Sesame Street Workshop has issued a formal no-endorsement in the presidential race.

A big, yellow bird is running away with the 2012 presidential campaign.

Big Bird, the affable, sympathetic protagonist of PBS’ long-running elementary education program Sesame Street, has found himself mired in the crossfire between Mitt Romney and Barack Obama after Romney has repeatedly stated that, if elected, he will cut government funding to the PBS network.

In doing so, he’s brought Big Bird right between the crosshairs, continuously referencing his affection for the winged wonder.

Big Bird has become the foremost martyr of the 2012 presidential election, something no one could have foreseen this summer when the two political parties were bickering over a whole other bird: Chick-fil-A’s chicken.

Obama’s camp, firmly of the thinking that PBS is important and should stick around as long as the government can keep it afloat, has jumped on the polarizing opinion, growing increasingly comfortable with lambasting Mitt Romney for his willingness to reference Big Bird during debate and discourse.

Tuesday, Obama’s campaign posted an advertisement to its YouTube channel that attacked the opinion. Titled “Big Bird—Obama for America TV Ad,” the 30-second spot references Bernie Madoff, Kenneth Lay, and Dennis Kozlowski before positioning Big Bird as the “evil genius” and chief architect of greed over all.

“Big, yellow, a menace to our economy,” the advertisement declares sarcastically. “Mitt Romney knows it’s not Wall Street you have to worry about. It’s Sesame Street.”

Since posting Tuesday morning, the video has been seen more than 1.5 million times, proving just as polarizing as Romney’s opinion itself.

No entity has been more opposed to the video than Sesame Street, however. The program posted a response to its website late Tuesday afternoon saying that the organization has asked Obama’s camp to take the video down.

“Sesame Workshop is a nonpartisan, nonprofit organization and we do not endorse candidates or participate in political campaigns,” the response reads. It continues:

“We have approved no campaign ads, and, as is our general practice, have requested that both campaigns remove Sesame Street characters and trademarks from their campaign materials.”

It’s a rational request, and hopefully one that both Obama and Romney’s camps will heed. (After all, there are unemployment crises and poverty stricken cities all over the country. There’s really no need for a bird to play a pivotal role in a presidential election.)

For now, the video remains up—and Big Bird remains caught between a political rock and common sense hard place where nobody on this planet could have ever possibly predicted he’d find himself.