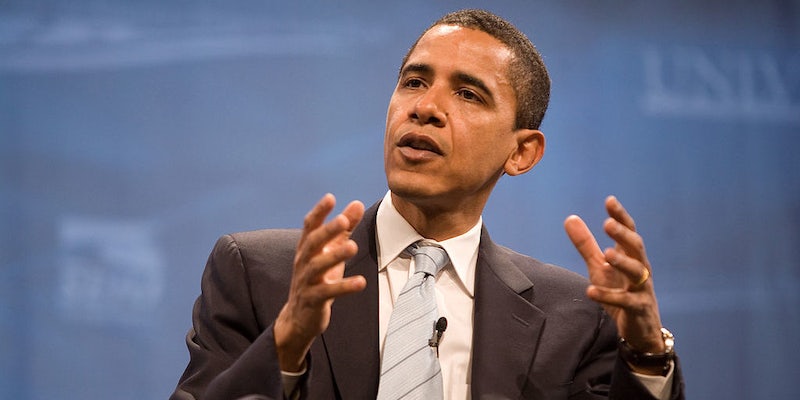 Obama will require NSA to delete data with ‘no intelligence purpose’

Better than nothing, right?

President Obama plans to announce changes to the way the National Security Agency handles the electronic data it collects on both American and foreign citizens, the New York Times reports.

The Times story asserts the biggest change will address the way the nation’s intelligence service stores data it collects on people not relevant to any specific investigation. The rules will require the NSA to quickly delete personal information it gathers on Americans that contain “no intelligence purpose” and erase similar information it gathers about non-Americans within five years.

The report added the White House will formalize a review process for the agency’s surveillance of electronic communications of foreign leaders as well as altering the process by which the government makes online service providers like Google and Facebook turn over private information on their users.

Under the current system, those demands, which come in the form of National Security Letters, are accompanied by a gag order. Companies forced to hand over their customers’ information are prohibited from disclosing that they were evan asked. The Times reports that, under the new rules, those nondisclosure orders will expire at the end of three years—sooner, if the investigation is closed—unless the Federal Bureau of Investigation asks for an exemption.

Being more deliberate about how the NSA spies on the communication of foreign leaders comes as a response to the discovery that the U.S. eavesdropped on personal phone communications of German Chancellor Angela Merkel. After the news became public, President Obama announced he was canceling surveillance on Merkel and added the he had no knowledge of the program while it was in effect.

These changes come just over one year after Obama proposed an initial round of reforms of NSA policies conducted in the wake of a series of revelations about the government’s widespread, omnipresent electronic surveillance based on documents leaked by whistleblowing former NSA contractor Edward Snowden.

The most significant reform the president put forward in that speech has quietly been shelved. At the time, Obama called for an end to the NSA’s bulk collection of call records. Instead, he wanted those records to be held by an independent, private firm, which the intelligence service could query whenever it needed something. A recent report by Reuters suggests that proposal has been abandoned.