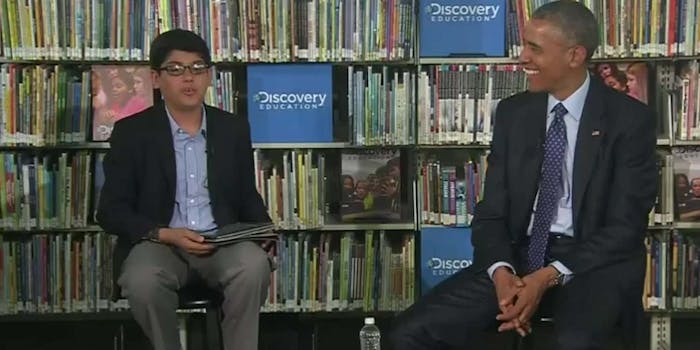 A sixth grader lived out the dream of a million grown-up Republicans on Thursday when he cut President Barack Obama off in the middle of a sentence.

Osman Yahya, a Maryland middle schooler, was interviewing Obama on the subjects of reading and writing. When the president went on for a bit too long about writing, Yahya wasn’t afraid to politely shut the commander-in-chief down and move on to what he wanted to talk about.

The gutsy move got laughs from the audience—and the president.

In an interview with Politico, Yahya said interrupting Obama wasn’t meant to be disrespectful. “I didn’t mean to cut him off,” he said. “I was just nudging him to get on.”