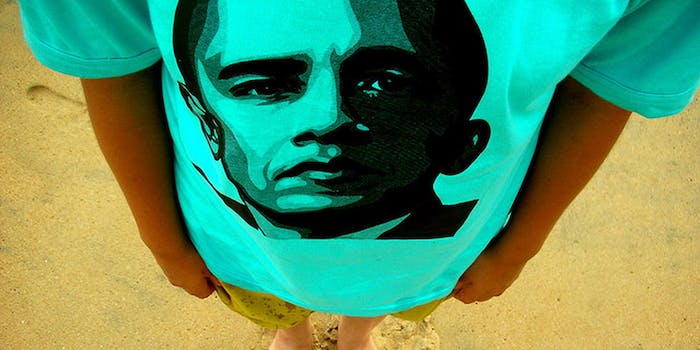 The Obama administration’s efforts have resulted in no change at all in the percentage of adults who do not or cannot use the Internet.

According to a recent Commerce Department report (PDF), the Obama administration’s efforts have resulted in no change at all in the percentage of adults who do not or cannot use the Internet. It remains stuck at 20 percent.

Geographical access to the Internet has increased to 98 percent after the Obama administration launched a $7 billion investment in broadband expansion, most of which was earmarked for building out physical networks. Half of the programs begun under this effort are finished, increasing access by 8 percent, from 90.

But just because a person technically has access to something doesn’t mean there’s a practical way for him to utilize it.

The Obama effort to increase access was achieved largely through grants awarded to build out online access to previously neglected parts of the U.S.

But the lack of affordable Internet access, absence of digital knowledge, intimidation or resistance to using it has left 60 million Americans in a digital desert whose aridity of access affects their ability to compete in the job market.

Job advertisement is largely done online, and even where it’s not, companies frequently require online applications or the use of resume banks. Lack of digital know-how means even a job that would previously be as unwired as one could imagine, like working in a warehouse, is dependent on computer inventory systems.

These disconnected Americans also have a decreased ability to access government services, which have increasingly migrated online.

As Americans age, they become more disconnected from the wired world, even as the analogue life they’ve lived more of than other groups upload to the Internet. Only slightly over half of Americans over 65 years old are online, compared with three-quarters of those under 65.

Also, those with incomes under $50,000 per year are less likely to be online, as are Southerners, specifically residents of Mississippi, Alabama and Arkansas.

Only $500 million of the $7 billion Obama initiative went to education with that effort producing about 500,000 new Internet subscribers.

In the last 13 years, America has dropped from the fourth most wired economy in the global top 20 to the seventh. Among all the worlds nations the U.S. ranks only 9th on the Networked Readiness Index (PDF).