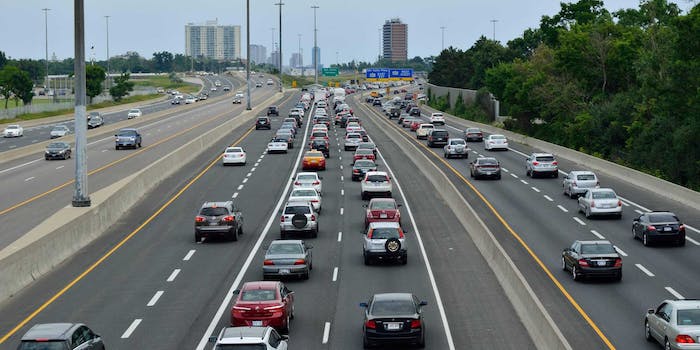 Venture capitalists and Silicon Valley firms have been pouring money into autonomous vehicles for years, but there’s a new investor getting in on the action: the United States government.

The Obama administration on Thursday called for $4 billion of spending on self-driving cars.

The investment, which would be budgeted over a 10-year period, will be used to “accelerate the development and adoption of safe vehicle automation through real-world pilot projects,” according to a statement by Mark Rosekind, administrator of the National Highway Traffic Safety Administration (NHTSA).

Transportation Secretary Anthony Foxx, in a speech at the North American International Auto Show in Detroit, promised a series of initiatives aimed at solving the considerable technical and legal challenges that could otherwise slow the rollout and adoption of self-driving vehicles.

Now in its final year, the Obama administration is urging a longterm view toward federal involvement in the development of autonomous vehicles. Foxx suggested the process could take several decades while emphasizing the potential benefits of a future with roads occupied by self-driving cars.

“Automated vehicles promise to move people and goods more efficiently than we are moving them today,” Foxx continued. “And, when automation is combined with other technologies like electric motors and innovations coming out of the sharing economy, we will be able to reduce congestion and pollution even further.”

Bryant Walker Smith, chair of the Emerging Technology Law Committee of the Transportation Research Board of the National Academies of Sciences, Engineering, and Medicine, compared this stage of investment in autonomous vehicles to the invention of the airplane.

“We’re all lucky that Orville and Wilbur Wright had a beach where they could fly their planes. This proposal is about finding that beach for the 21st Century,” he said. “In terms of funding, it could rival European efforts.”

Smith cautioned, however, that the White House’s pledge is simply a proposal with no details—not a definitive investment. The nearly $4 billion in suggested spending will appear in the administration’s 2017 budget.

In the near term, Foxx said there are plans to have the NHTSA work with automakers and state governments to develop model laws and regulations for states to adopt. This will take place over the next six months, he said, with hopes of creating a path to a consistent national policy.

Some early steps are already in place. The U.S. Department of Transportation (DOT) has launched initiatives to learn more about the future of transportation, including connected vehicle test beds across the country and the Smart City Challenge. Likewise, the NHTSA has funded a project to develop best practices among the states with respect to automated driving.

Still, Smith called the six-month goal for policy framework “remarkably ambitious,” and he suggested it is “both inspired and imperiled” by the impending end of the administration.

“Policy is about much more than passing a law,” Smith said. “I’m pleased that the U.S. DOT is going to facilitate a more thoughtful approach to the regulatory questions. Some states have been essentially begging the U.S. DOT to do this for years. But states will still play an important role in calibrating their laws, preparing their roads, and taking other steps to encourage automated driving.”

In Silicon Valley, tech companies have welcomed the pledge, which is an expansion on Obama’s statement during the State of the Union to invest in a “21st century transportation system.”

“Fully autonomous vehicles have the potential to save lives,” spokesperson for Google told the Daily Dot, “so we welcome the secretary’s commitment to removing barriers that may prevent them from sharing the roads when they’re ready.”

A report in December suggested Google is planning to partner with Ford to manufacture self-driving vehicles that would be used to develop a ridesharing service.

The statement from the search giant echoed Foxx’s on the potential safety benefits of autonomous vehicle technology, which the secretary suggested could have saved “more than 25,000 lives … in 2015 alone.”

There is some question as to just how much safer self-driving cars will be; a study by the University of Michigan Transportation Research Institute found that self-driving vehicles have a higher crash rate per million miles traveled than conventional vehicles. However, most of those accidents were were caused by human drivers slamming into the computer-controlled cars, suggesting people still have not adjusted yet to sharing the roads with autonomous cars.

Lyft and General Motors recently announced a plan to bring autonomous vehicles to the roads of Austin, Tx. for users of the ridesharing platform.

A spokesperson ridesharing service Lyft told the Daily Dot that the company is “optimistic about the Obama administration’s plan to support the introduction of autonomous cars.”

“Safety is the top priority for Lyft and GM’s on-demand autonomous network, which will introduce self-driving cars to the U.S.,” the spokesperson said. “We look forward to continuing to work with federal, state, and local governments to shape the future of mobility.”

While ridesharing is clearly a focus of the future of transportation for many firms, consumer-focused companies are also optimistic about the government’s involvement in the future of autonomous technology.

“A consistent, coordinated, and transparent regulatory  framework is the best way to allow technology to move forward,” a Tesla spokesperson told the Daily Dot. “Our conversations with the Department of Transportation and California DMV have been quite positive. They both clearly recognize the safety potential of autonomous transport and want to support it in a way that encourages its appropriate development and introduction into the market.”