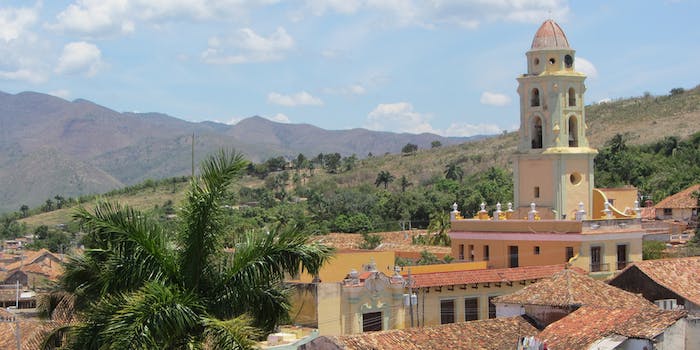 Congress could have objected, but it didn't.

The U.S. State Department announced Friday that, at the direction of President Obama, it had removed Cuba from the government’s list of state sponsors of terrorism.

The historic move follows a directive from the president to Secretary of State John Kerry last December to review Cuba’s presence on the list. The White House is attempting to normalize relations with Cuba, which it placed on the list in 1982 and with which it has had no formal diplomatic relations since 1961.

Secretary Kerry presented President Obama with a report on Cuba’s presence on the list on April 8; the president informed Congress of his decision to delist Cuba on April 18. Congress took no action to prevent his decision within the allotted time window, and now, after 45 days, the delisting becomes official.

The U.S. and Cuba are still negotiating over the establishment of more extensive relations, including the placement of embassies in each other’s capitals. Embassy construction falls under the president’s Article II executive authority and cannot be blocked by Congress, although the Senate can refuse to confirm an ambassador.

The U.S. still maintains its famous trade embargo against Cuba, and lifting that embargo will require an Act of Congress. Although many lawmakers still oppose further relations with the Caribbean island nation, supporters of increased diplomatic contact were encouraged by the fact that Congress did nothing to try to stop the removal of Cuba from the terrorism list.

U.S.–Cuba relations carry great political, economic, and technological consequences. Netflix and Airbnb have already set up shop on the island, and other American tech companies could soon head for Havana in search of an untapped market.

The first high-speed submarine Internet cable reached Cuba in 2013, and the country’s first free public Wi-Fi network is launching now. Cuba-watchers consider the simultaneous political negotiations and technological upheaval to be precursors to an economic, technical, and cultural explosion at the two countries’ metaphorical border.

Estimates of Internet penetration in Cuba vary somewhere between five and 15 percent. But that number continues to grow quickly, as political and economic barriers continue to fall and enterprising Web companies cross the ocean.

Photo via Stephen Colebourne/Flickr (CC BY 2.0)