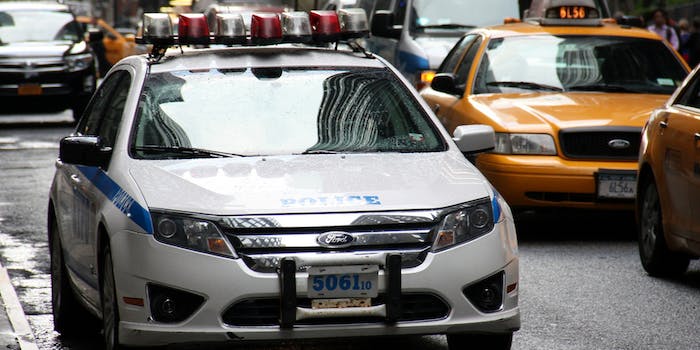 More unnecessary roughness from a department that should know better.

If you thought that the recent wave of Eric Garner protests would keep the New York Police Department from engaging in flagrant misconduct on video—well, you have more faith in humanity than the rest of us.

In the clip below, initially uploaded to Facebook by actress Sarah Doneghy, you’ll see three NYPD officers restraining a young African-American boy against a squad car. At the 10-second mark, a plainclothes cop rushes in and repeatedly punches him. In the minutes afterward, the suspect and another kid ask in vain why they’re being arrested as onlookers cry foul.

“This happened today on my way to the post office,” Doneghy wrote in her caption. “The kids were 12. They had supposedly pushed one of their classmates down. However when the victim was asked, he said those weren’t the guys.”

All we want for Christmas is to never write up stories like this again.