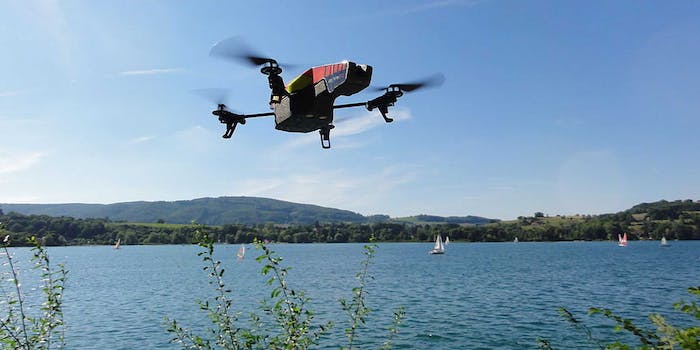 FAA wins administrative battle over whether it can regulate drones

The Federal Aviation Administration (FAA) has prohibited the commercial use of drones since 2007, but only after an administrative decision on Tuesday is its power to enforce drone reguations indisputable.

For most of this year, the FAA’s commercial prohibition and a litany of other drone rules (such as not flying above 400 feet or going too close to airports) have been in legal jeopardy. In March, an administrative judge ruled that the agency didn’t have the authority to regulate drones. The ruling would have legally nullified all FAA drone rules, so the agency appealed the decision and argued, in the interim, that policing drone use fell squarely under its preview.

On Tuesday, the National Transportation Safety Board overturned the judge’s ruling, essentially declaring that the FAA is in charge of drones and shouldn’t let anyone tell them otherwise.

The FAA’s jurisdictional conundrum began last year, when the University of Virginia hired Raphael Pirker to fly a camera-equipped drone over the school’s campus for a promotional video.

Pirker is the founder of Team Blacksheep, a that uses drones to record jaw-dropping aerial footage of locations like the  Statue of Liberty and the Golden Gate Bridge.

After Pirker uploaded his initial footage of the UVA flight to YouTube, the FAA saw it and fined him $10,000 for flying recklessly:

In the complaint, the Administrator also asserted respondent operated the aircraft, inter alia, “directly towards an individual standing on a…sidewalk causing the individual to take immediate evasive maneuvers so as to avoid being struck by [the] aircraft”; “through a…tunnel containing moving vehicles”; “under a crane”; “below tree top level over a tree lined walkway”; “under an elevated pedestrian walkway”; and “within approximately 100 feet of an active heliport.”

Pirker contested the fine, arguing that the FAA lacked the authority to regulate drones because what he was flying was a “model aircraft” rather than a traditional one with an onboard pilot.

Judge Patrick Geraghty resoundingly agreed with Pirker’s argument. In an opinion dismissing the fine, Judge Geraghty insisted that the FAA’s conception of what fell under its purview—essentially, anything that flew—was unacceptably broad. Geraghty wrote that, based on the agency’s argument, “a flight in the air of a paper aircraft, or a toy balsa wood glider, could subject the operator to [FAA oversight].”

The judge’s ruling emboldened budding drone businesspeople across the country who believed that the FAA could no longer ground their drones. Amazon even sent the FAA a letter asking if the ruling meant that it could start testing its proposed drone package delivery system in the United States. (The agency answered with a resounding negative.) This week, however, the NTSB issued a decision overriding Judge Geraghty’s ruling. The agency determined that regardles of whether an aircraft’s pilot is onboard, an aircraft is an aircraft.

While the NTSB clarified the definition of an aircraft, its ruling willfully ignored the litany of other issues surrounding drone use, from the privacy rights of people caught on drone cameras to the First Amendment protections for drone pilots.