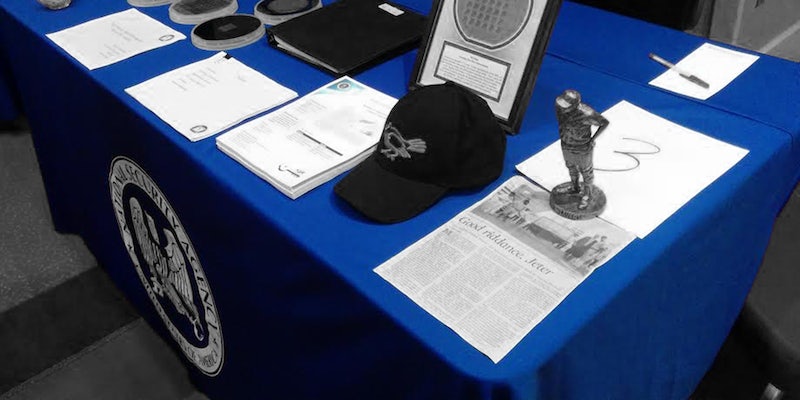 The NSA is renting its technology to U.S. companies

And it has been, for decades.

The National Security Agency (NSA), which develops surveillance tools that are both dazzling and terrifying, has been making money on the side by licensing its technology to private businesses for more than two decades.

So if you’re looking to buy a tool to transcribe voice recordings in any language, a foolproof method to tell if someone’s touched your phone’s SIM card, or a version of email encryption that isn’t available on the open market, try the world’s most technologically advanced spy agency.

It’s called the Technology Transfer Program (TTP), under which the NSA declassifies some of its technologies that it developed for previous operations, patents them, and, if they’re swayed by an American company’s business plan and nondisclosure agreements, rents them out.

The TTP itself isn’t classified, though 2014 is the first year they’ve published a formal catalog. (Yes, there’s a catalog.) Nor is it unique to the NSA. The Department of Defense (DoD), which includes the NSA under its umbrella, has a number of branches with similar programs.

The DoD funds a program at Montana State University, called TechLink, that acts as a broker between the military and private businesses that might be a good fit to license its technologies. According to Chanda Morris, TechLink’s Communications Director, between 100 and 150 research labs under the DoD’s umbrella participate, depending on how finely you categorize them.

“Under the heading of Air Force Research Laboratory, there’s an Information Directorate, which is in Rome, New York,” Morris told the Daily Dot. But you could break that down further. “There’s an Aerospace Systems, which covers propulsion and craft fuel, and there’s the Directed Energy Directorate in New Mexico,” she said.

The NSA joined other DoD labs at the third annual “Defense Labs Tech Transfer” trade show in Maryland last week. It brought several technologies to show, including an organic integrated circuit that’s small and extremely flexible—developed, one NSA representative told us, to sew into Air Force pilots’ uniforms to give them a means of creating a long-distance GPS signal if they go down far from any phone towers.

NSA officials declined to say how much money the Technology Transfer program brings in. They did, however, state that individuals at the agency receive substantial bonuses if their programs are licensed.

“Per NSA Policy, inventors at NSA receive 25 percent of the royalties or other payments,” NSA spokesperson Vanee Vines told the Daily Dot. She adds that the remainder, per U.S. law, goes toward “activities that increase the potential for transfer of the technology” within the agency. In other words, the rest of the money stays in-house.

While the NSA declined to say how much money the program made, there are figures to give an idea of its scale. According to the Washington Post‘s massive “black budget” report, the agency received $10.8 billion in funding in 2013, of which $429.1 million went towards research and technology development.

In addition to its own product booths at the Maryland trade show, the NSA brought along Integrata Security, a wireless security company founded, one representative said, entirely to bid for and build a product based on an exclusive NSA license. While the NSA and Integrata both refused to provide any details about their agreement, the trade publication BizJournals has reported that they had signed their deal in October 2013, yet Integrata didn’t begin its first fundraising round until three months later.

Some of the items from the 2014 TTP catalog.

Many of the 102 technologies available in its 2014 catalog would probably strike the average person as impressive, but difficult to apply to a real-world business plan.

“I didn’t see anything really cool,” Bruce Schneier, a fellow at Harvard’s Berkman Center for Internet and Society and a world-renowned computer security and cryptography, said after the Daily Dot showed him the catalog.

He was dismissive of the remarkability of the agency’s cryptographical offerings. “It’s not new, it’s very old, a few decades,” he said of one product, listed as a Cryptographic Efficient Elliptic Curve.

“It’s a way to get your door locks a little bit better. Does that change the value of your house? Kind of, not really,” he said. “These are all pieces of plumbing. Plumbing has value, but this is one of the problems of patent law. Patents really overstate the value of plumbing, of technology. It’s a little value, sure, but it’s never gonna make or break a business.”

NSA’s TTP is certainly limited by the U.S. Patent and Trade Office. Some of the technologies in the catalog are more than a decade old, and only declassified technologies can be patented.

“The patent system is (ideally) supposed to serve a disclosure function: The whole point is that inventors must explain exactly how their invention works to the public in exchange for getting limited exclusivity,” said Parker Higgins, Director of Copyright Activism at the Electronic Frontier Foundation. “There are documented cases of people outside the NSA discovering or developing new stuff, to find out years later that the NSA already had done it but hadn’t said anything.”

Many of the listed technologies in the NSA’s TTP catalog are methods to either help transcribe recorded communications or sort through massive troves of transcriptions, calling to mind the NSA’s ability to absorb huge quantities of people’s communications without their knowledge. Vines declined to share specifics on why those available technologies were developed, or how they were used within the agency. “Our lawful mission is centered on foreign intelligence and information assurance in defense of the nation,” she said.

One technology, called ScribeZone, which the NSA suggests “is ideal for teaching foreign language and can also be used for teaching English as a second language,” improves efficiency of transcription of audio and video content from “any foreign language,” the catalog claims. Another, called Aladdin, identifies transliterated terms, like names. A third, which the catalogue doesn’t identify with a code name, helps users sort through massive troves of text by identifying nouns in a mass of text, deciding which ones are used most frequently, then automatically creating a list what the topic’s about.

The NSA declined to say what prompted the agency to develop some of these technologies, many of which seem like innocuous ways to efficiently process large troves of data. But they take a more remarkable turn in light of some of the disclosures of advanced programs revealed by former NSA contractor Edward Snowden. A program called SOMALGET records every phone call in the Bahamas, according to documents Snowden leaked last year, as well as in Afghanistan, WikiLeaks claims.

Other technologies seem far simpler, almost to the point of being silly. Several are concerned with ensuring security with everyday objects, like tiny blocks to block access to a computer’s USB port, or a “reusable tamper evident bag closure.”

“Who needs that?” Schnier said. “I know Police Evidence Supply Corporation Inc. could make one of these, but it’s not going to change the world.”

The Daily Dot relayed one NSA employee’s claim to Schneier, that the TTP was a means of injecting federally-funded research back into the U.S. economy.

“Bullshit,” he responded. “The NSA’s not stimulating the economy. They just said that and it sounds good. They just made that up.”

Photo by the author | Remix by Jason Reed.