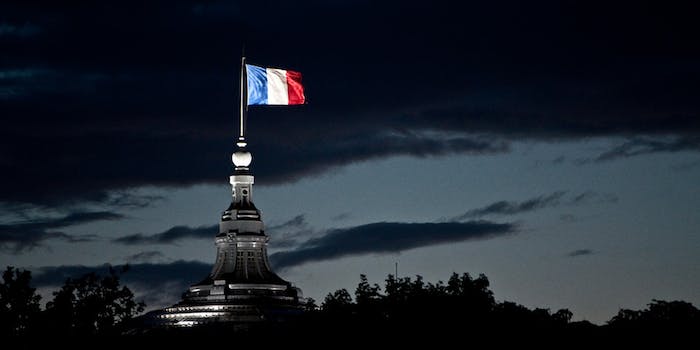 The National Security Agency made 70.3 million recordings of French citizens’ telephone calls in a period of just 30 days.

New leaks from whistleblower Edward Snowden reveal that the National Security Agency made 70.3 million recordings of French citizens’ telephone calls in a period of just 30 days. From Dec. 10, 2012, to Jan. 8, 2013, as reported in the French newspaper Le Monde, NSA was able to automatically record French phone calls and SMS messages based on each target’s keywords, communications history, and metadata.

All this info is listed under an NSA espionage program called US-985D. It names techniques used to intercept French communications as “DRTBOX” and “WHITEBOX.” Technical details on the programs are sparse, but the results speak for themselves: DRTBOX collected 62.5 million pieces of data and WHITEBOX recorded “7.8 million elements.”

Targets include people associated with terrorism and “people targeted simply because they belong to the worlds of business, politics or French state administration.”

French Interior Minister Manuel Valls called the revelations “shocking” and demanded “precise explanations by US authorities in the coming hours.”

On Monday morning, France summoned the U.S. ambassador to answer questions about the report just as U.S. Secretary of State John Kerry landed in Paris to hold meetings about Syria.

The new leaks, published today by Glenn Greenwald and Jacques Follorou at Le Monde, are accompanied by a set of slides that illustrate the NSA’s surveillance capabilities. Graphs show an average of 3 million intercepts per day with peaks of seven million on Dec. 24, 2012, and Jan. 7, 2013.

Although American authorities have given no comment on the news, they did refer Le Monde to statements made by James Clapper, the Director of National Intelligence, who said, “The government cannot target anyone under the court-approved procedures for Section 702 collection unless there is an appropriate, and document foreign intelligence purpose for the acquisition (such as for the prevention of terrorism, hostile cyber activities, or nuclear proliferation) and the foreign target is reasonably believed to be outside the United States. We cannot target even foreign persons overseas without a valid foreign intelligence purpose.”

“This relationship on a military, intelligence, special forces … level is the best it’s been in a generation,” Rivkin told Reuters.

Privacy researcher Christopher Soghoian and Le Monde’s Damien Leloup hypothesized that the phone calls intercepted by the NSA were likely international rather than domestic.

This news comes right on the heels of revelations that the NSA hacked into the emails of Mexican presidents Felipe Calderon and Enrique Peña Nieto for several years to provide “deep insight into policymaking and the political system” of Mexico.

News of NSA spying around the globe has made waves from Brazil to the Netherlands. In Germany, American and German intelligence collaborated to spy on German citizens.

“This sort of practice between partners that invades privacy is totally unacceptable,” French Foreign Minister Laurent Fabius said, “and we have to make sure, very quickly, that this no longer happens.”