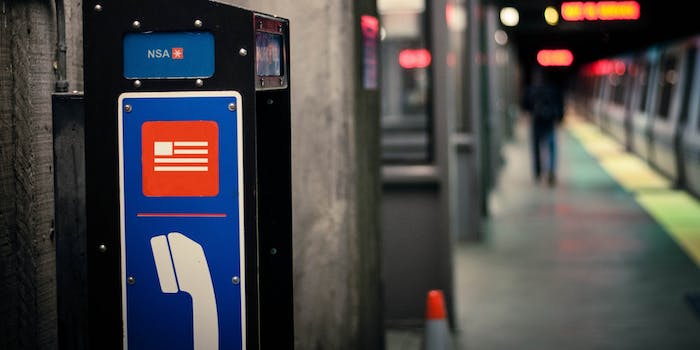 Hey, Spain, welcome to the club!

In what’s beginning to seem like an inevitable step in an endless pattern, classified documents released Sunday show that the United States’ National Security Agency has tracked tens of millions of Spanish phone calls.

So Spaniards can now count themselves among the ranks of Germans, French, and Americans. The NSA tracks the metadata—like time, duration, and dialer and receiver—of a huge number of calls in several countries.

That’s according to yet another classified NSA document leaked by former agency contractor Edward Snowden and obtained by journalist Glenn Greenwald. Writing with German Aranda in Spain’s El Mundo newspaper Sunday, the document is reportedly titled “Spain—last 30 days.” Ranging from Dec. 2012 to Jan. 2013, the slide brags of tracking more than 60 million phone calls in the period. It peaked on Dec. 11, with 3.5 million calls that day.

Spanish Prime Minister Mariano Rajoy summoned the U.S. ambassador, James Costos, over the report, wrote the Guardian. And Spanish Foreign Minister Jose Manuel Garcia Margallo declared that the NSA’s practice “could be a break from the traditional atmosphere of trust” in relations between the two countries,” according to the Spanish paper El País.

The report doesn’t indicate that the practice ended in January.

The fact that the NSA tracks practically all Americans’ phone metadata was the first of the many Snowden revelations. Eventually, the U.S. Director of National Intelligence, James Clapper, openly admitted the practice, and began announcing when he reauthorized to renew the program on its three-month cycle.

Several bills to end the practice domestically are now circulating in Congress. One, the USA Freedom Act, is expected to be introduced Tuesday, and is believed to have the best chance of passing.