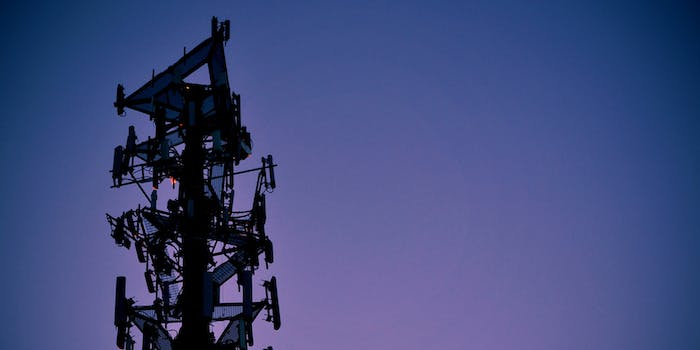 It all goes back to a purse-snatching case from the 1970s.

On Wednesday the Washington Post revealed that the U.S. National Security Agency tracks the locations of cell phones around the world, compiling a massive database of the movements and relationships of billions of people each day. The program apparently sweeps up the locations of untold numbers of Americans.

All of this raises the question, “How is this not a violation of the Fourth Amendment right to privacy?”

First, a bit of background: The leak is only the latest in what has seemed like an endless number of spying revelations published since former intelligence contractor Edward Snowden disclosed a trove of classified NSA documents earlier this year. Some of these past leaks have had a similar flavor: It was already shown that the agency scoops up the telephony metadata of millions of Americans. As one document revealed, that metadata includes “the telephone number of the device initiating the call, the [number] of the device that was called, the date and duration of the call, the identifiers assigned to the communication trunks that carried the call,” and other parameters. Another leak revealed that this information is organized into social networks (though the NSA has uncharacteristically outright disputed the accuracy of that characterization).

These earlier metadata collection efforts have been raising similar Fourth Amendment questions. This fall, it was revealed how the agency has reconciled this massive spying operation with citizen’s rights to privacy. In the Foreign Intelligence Surveillance Court, which determines the legality of NSA operations in total secrecy, the agency successfully made the case that their metadata collection was legal based on the Supreme Court ruling in a purse-snatching case from the 1970s.

In the case, the police suspected a man named Michael Lee Smith of stealing a woman’s purse, so the prosecutor subpoenaed his phone records from the telephone company, eventually using these logs to convict Smith. In turn, Smith’s defense attorney argued the records were private and the prosecution had violated Smith’s Fourth Amendment rights by obtaining them. The case went all the way to the Supreme Court where, in Smith v Maryland (1979), it was determined phone records (now called metadata) were not protected.

There’s no easy answer to that question. First of all, the program is technically not aimed at American citizens, meaning it is not held to the same level of accountability. However, as the Post wrote, “the agency acquires a substantial amount of information on the whereabouts of domestic cellphones ‘incidentally,’ a legal term that connotes a foreseeable but not deliberate result.” Second, since the vast majority of FISC rulings are confidential, there is no way of knowing whether the agency had to defend the spying on Americans in court and, if so, how they did it. That said, if the agency has or ever has to defend the collection program’s domestic spying consequences to the FISC, there’s reason to believe they’d turn to Smith v Maryland.

In many ways, what this recent leak reveals is the degree to which NSA metadata collection is occurring. The earlier leaks had already shown they agency could determine rough locations of phone calls by tracking the infrastructure that processes them. The new leak shows that the NSA is not just recording the location of “communication trunks” that carried a call when it was made, it is in fact tracking the locations from cell phones themselves, whether a call is being made or not.

According to the Post, the agency collects nearly 2 trillion cell phone records per year. How many records is that? It’s so many that that in one 2012 memo the agency said the program was “outpacing our ability to ingest, process and store” data. The Post called its scope “unsurpassed” by any previously leaked surveillance operation. If the agency doesn’t have a strong justification than Smith v Maryland for the metadata program we already knew about, it’s hard to imagine they have better one for the newly leaked location-tracking program.

Had Michael Lee Smith known back in 1976 that, by snatching a woman’s purse, he would ultimately provide a legal basis for the creation of a 27 terabyte dataset containing the time-stamped locations of billions of people including many American citizens, one has to wonder if he would have just walked away instead.