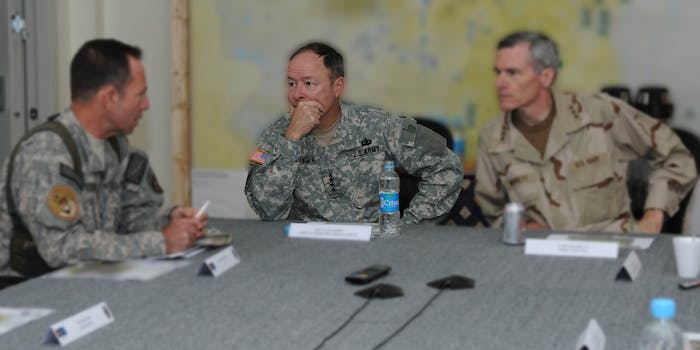 Keith Alexander to NSA families: ‘We will weather this storm’

They're going to weather this storm together, he told them.

When you imagine what the head of the National Security Agency says to his employees, it probably doesn’t involve writing their families to assure them they’ll make it through these hard times.

But that’s exactly what happened on September 13th, according to a two-part letter obtained by the blog Firedoglake and published Thursday.

Addressing “our extended NSA/CSS [Central Security Service] family,” General Keith Alexander, who heads the NSA, along with his deputy John Inglis, sought to mitigate all the bad press the agency has gotten since June. That’s when former contractor Edward Snowden leaked scores of documents that illustrate classified programs by which the NSA tracks practically every phone call in America, can bypass pretty much any online security, and can even track many users’ Internet activity in real time.

The letter blames the media for “how our Agency frequently has been portrayed in the news as more of a rogue element than a national treasure,” a sentiment this writer is quite familiar with. It also cites a single legal blogger, Benjamin Wittes, who is of the opinion that the NSA has been a model of compliance, and cites the fact that the Department of National Intelligence started a Tumblr to try to address public concern.

“We have weathered storms before and we will weather this one together, as well,” the letter reads in closing.

Like a family. One that’s very aware of what its members are doing.