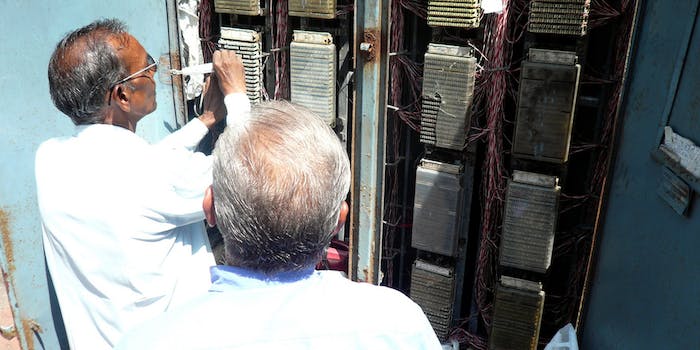 The latest leak from former intelligence contractor Edward Snowden seems to indicate that the NSA is tapped into major Indian telecoms.

On Monday, the Hindu published a story, based on Snowden’s files, revealing that India was the fifth most “spied on” country in the world. Apparently, in March of 2013 alone, the agency intercepted some 13.5 billion “pieces of information” from Indian citizens.

Of that 13.5 billion, 6.3 billion pieces were Internet data; the remaining 6.2 billion were plucked from the country’s telephone network. The Hindu sourced the figures to documents pertaining to the agency’s Boundless Informant program, which tracks the amount of intelligence data collected by the NSA’s various spying operations.

Former NSA Senior Executive Thomas Drake told the Daily Dot that the importance Boundless Informant was underappreciated by the media when it was revealed earlier this summer. According to Drake, the program offers insights into the extent and success of the agency’s spying around the world.

In a followup story on Tuesday, the Hindu offered some speculative calculus on the potential significance of the amount of phone data the NSA collects from India:

India has roughly 700 million mobile phones, of which less than 5 million have international long distance (ILD) connectivity. These numbers, after adding those called in the U.S., even over an entire year, still do not exceed a few million. Even if all repeated calls back and forth between Indian citizens, business and families were taken into consideration, it would still not exceed a few million call data records (CDRs).

According to the paper, that would seem to imply that much of the telephone data collected by the NSA comes from domestic traffic in India. If true, it would indicate that the agency is tapped into the country’s telecommunication network, either clandestinely or with the permission of India’s major telecom providers.

As the Hindu points out, if the NSA is in fact intercepting a massive amount of domestic calls in India, that would compromise the country’s national security, as those calls would no doubt include secret conversations between government officials.

“If we find that content and data has or is being accessed by any other nation, we will oppose it tooth and nail,” India’s Telecom and IT Minister Kapil Sibal told the Hindu. “We are not in the least ambivalent about that.”