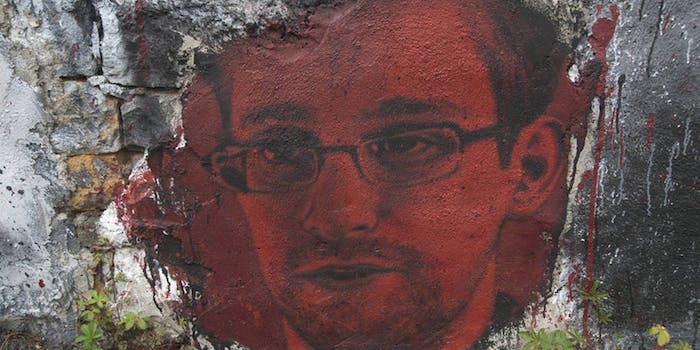 “The intent of this paper is to help build a common understanding that can serve as a foundation for future discussions about the existing civil liberties and privacy protections."

The National Security Agency (NSA) is pulling back the already-pulled-back curtain to give the public a glimpse of spying programs we’ve been gawking at for nearly a year now.

A week after the Washington Post and the Guardian won Pulitzer Prizes for reports uncovering the massive reach of the NSA’s electronic surveillance, the NSA released its own report explaining its signals intelligence programs such as PRISM, which are justified by Section 702 of the Foreign Intelligence Surveillance Act (FISA).

“The intent of this paper is to help build a common understanding that can serve as a foundation for future discussions about the existing civil liberties and privacy protections,” the report reads.

After being hired earlier this year, the spying agency’s first-ever civil liberties and privacy officer, Rebecca Richards, prepared the report that’s dated April 16 but was made public on Tuesday.

The report focuses heavily on the privacy protections and oversight procedures the NSA has built into its surveillance machine, but it also touches on a select few details, such as how an NSA analyst must receive annual training that includes a sort of final exam before he or she can access the massive piles of data the agency collects and stores under Section 702.

It also lays out the two ways the NSA and other federal agencies can collect intelligence data under the law. Through the PRISM program, an agency (usually the FBI, which then provides information to the NSA) can compel service providers like Google and Yahoo to provide communications to and from the target. An agency can also conduct what’s called “upstream” data collection, which basically means tapping the electronic communications of surveillance targets.

The NSA earned the nickname “no such agency” because it has historically kept such a tight wrap on its affairs, but PRISM and other NSA programs were thrust into the public eye starting last June through a string of media reports based on documents leaked by former NSA contractor Edward Snowden.

Though the NSA’s newfound appreciation for transparency may be of comfort to some, security researcher Ashkan Soltani, who has helped the Washington Post analyze Snowden’s documents, pointed out that the NSA report didn’t really cover much new ground.

But don’t take our word for it, see for yourself. The complete NSA’s report on its use of FISA Section 702 in surveillance is copied below.