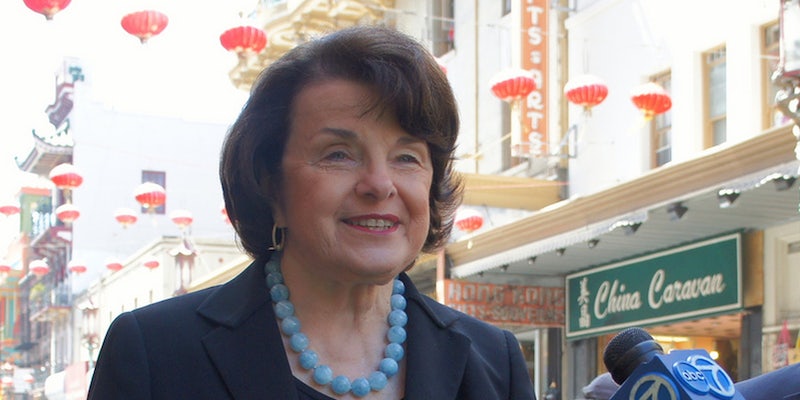 The Senate Intelligence Committee today approved a bill that woud do more harm than good in the fight against domsetic surveillance.

But how much does the bill actually do to address Americans’ concerns in the wake of former intelligence contractor Edward Snowden’s leaks about the NSA’s massive online and telephone spy programs?

The short answer is: nothing.

The bill, known as the “FISA Improvements Act”—a reference to the Foreign Intelligence Surveillance Act of 1978 that governs U.S. spying on American citizens—was introduced by Senator and Intelligence Committee Chair Dianne Feinstein (D-Calif.).

Recall some of Feinstein’s previous statements in the wake of the Snowden leak: On one occasion, she called Snowden’s leaks an “act of treason.” And as late as October, she has asserted that “the call-records program is not surveillance.” It’s hard to imagine a sweeping NSA reform bill to emerge from such sentiments.

Instead, the bill, which was approved by the Senate intelligence committee by a vote of 11 to 4, simply increases the amount of oversight of the bulk telephony metadata collection program. For example, each year the NSA would have to publish the number of times it searched the metadata database and reveal how many of those searchers lead to investigations. The NSA has never had trouble navigating the various oversight regulations (like the intelligence committee) and presumably, it won’t have much difficulty in this case either.

In one sense, as the Verge points out, the bill actually serves to officially establish a legal metadata collection program. In the past, the program has in fact operated in something of a legal grey area, justified someone ambiguously by the FISA Amendments Act. Feinstein’s bill would make it an official, regulated practice.

The bill appears to be Feinstein’s answer to the USA Freedom Act, which was jointly introduced in both the House and the Senate. If passed, the bill would effectively dismantle the entire metadata collection program inside the U.S.

Ultimately, the two bills represent the two opposing (and markedly bipartisan) views in Congress: there are those who want to enact real reforms to Congress in the wake of Snowden’s leaks, and there are those who don’t. For better or worse, Feinstein’s appears to be the latter.