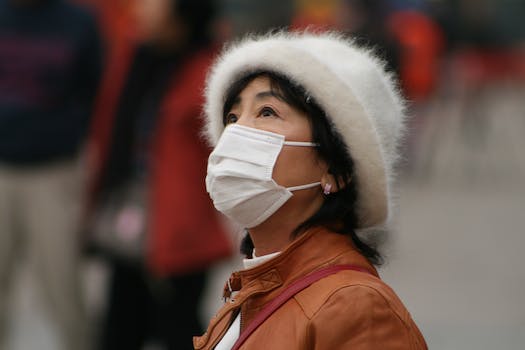 More than 300 flights have been canceled, 2,500 schools closed, and 1,200 factories reduced production or shut down as China enters a fourth day of being shrouded in heavy smog.

According to Reuters and Financial Times, smog levels range from six to 100 times the World Health Organization’s daily guidelines. The four-day event has already been deemed Northeast China’s worst air pollution of the year by Greenpeace.

As of Tuesday, China has put 24 cities on red alert for smog, the first issuance for 2016. As part of the alert, efforts to minimize road traffic were enacted; outdoor construction, flights, schools, and factories shut down; and citizens have been urged to stay indoors.

Red alerts are issued when the Air Quality Index is forecast to rise above 200 over four days, 300 over two days, or 500 over one day.

Monday’s index readings for seven cities in the province of Hebei rose to 400, with three of those cities hitting 24-hour indexes from 500 to 700, according to the state-run Xinhua News Agency via Reuters. In the city of Handan, the 24-hour index reading reached 780. To put this in context, the U.S. Environmental Protection Agency considers an index of 50 or below as good and above 300 as hazardous.

Severe #smog in N China disrupts lives of hundreds of millions of people. Readings in #Shijiazhuang once exceeded 1,000 Monday pic.twitter.com/hIPKA3ao5e

Where on earth am I? People in Zhao county, North China's Hebei, do their best to keep their bearings amid heavy #smog on Tuesday. pic.twitter.com/P8uSVrNXd7

China has blamed December’s intense pollution on high humidity and low winds, keeping factory emissions from escaping, Reuters reported, though the country has struggled to reverse the damage done by much of the coal-burning plants since its declared “war on pollution” in 2014.

According to Greenpeace, China’s Ministry of Environmental Protection has identified factories in violation of the current red-alert measures to cease production. Beijing’s “odd-even” license plate restriction to cut down on traffic has seen at least 85,000 violations, too, Reuters reported.

“The scale of the red alert measures show that the Chinese government is taking air pollution seriously,” Greenpeace climate and energy campaigner Dong Liansai said. “However, the ongoing ‘airpocalypse’ is further evidence that China must implement far stricter limitations on coal consumption and accelerate the restructuring of the economy away from the heavily polluting sectors.”