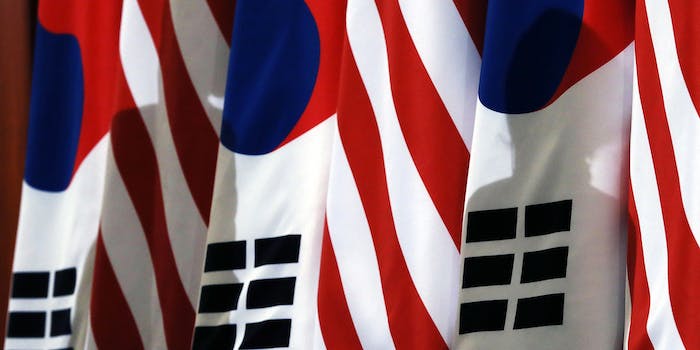 How worried should we be about North Korea’s threats of war?

North Korea is known for making big threats. But is this time different?

The Korean peninsula is on high military alert after North and South Korea traded artillery fire this week, bringing significant tension to the world’s most heavily armed border.

North Korean leader Kim Jong-un mobilized his military for what he now describes as a “quasi-state of war” and ordered them “to be fully battle ready to launch surprise operations,” according to North Korean media.

“The situation of the country is now inching closer to the brink of war.”

Ji Jae Ryong, the North Korean ambassador to China, told reporters that “The situation of the country is now inching closer to the brink of war.” Meanwhile, Seoul’s military is at “Jindogae-1,” their highest level of alert, signifying a potentially impending invasion.

As the situation on the Korean peninsula escalates, here’s what all of this means for the world and what’s going to come next.

Similar radio action has been going on for decades, however, and the DPRK is doing the same thing back to the ROK. The larger context is that the U.S. and South Korea are taking part in joint military exercises, actions Pyongyang loudly objects to.

Two South Korean soldiers were gravely wounded on Aug. 4 by land mines in the demilitarized zone between the two countries’ border, an incident the South blames on the North. The U.S. government and the United Nations made the same accusations.

What are those loudspeakers broadcasting?

Good question: What could be so bad that they’d say it’s enough to spark war?

Weather reports, world and local news that impedes North Korean censorship and control of media, pop music that’s banned in the DPRK, and messages about the superiority of Southern-style democracy, according to Seoul officials.

The sound reaches across the border to DPRK soldiers as well as into a city nearby. If this sounds ridiculous, keep in mind that most North Koreans simply do not have regular access to information and media outside that is not strictly controlled by Pyongyang.

Defectors from North Korea have cited the loudspeakers as the catalyst for their journey to the South.

How often does this happen? Are they going to war?

North Korea is notorious for grandstanding on the brink of nuclear war.

DPRK “has an active nuclear weapons program … and can enrich uranium and [produce] weapons-grade plutonium,” according to the Nuclear Threat Initiative (NIT). Despite having the technical capabilities to build nuclear weapons, according to NIT, South Korea abandoned its nuclear program in the 1970s after the Korean war. ROK now has a bilateral security agreement with the U.S., a major nuclear power.

DPRK and ROK exchanged artillery fire by water in 2010 and entered what the DPRK described as “a state of war” in 2013. Neither situation escalated or resulted in any casualties.

So, the short answer is, the Korean peninsula will probably not see war this weekend.

But the situation, which now potentially includes cyberwar tactics that knocked out North Korea’s Internet this week, is still grabbing attention. The close alliance between South Korea and the U.S., and the relationship between North Korea and China—four of the world’s most powerful militaries—means escalating tensions here are always worth paying attention to.

“The United States is closely monitoring the current situation on the Korean Peninsula,” U.S. Navy Commander Bill Urban, a Pentagon spokesman, told the Daily Dot in an email. “We are in close contact with our Republic of Korea allies and remain committed to the defense of the ROK. We will continue to monitor the situation.”

The White House declined to comment on the escalation of hostilities, including to say whether President Barack Obama had been briefed the matter during his vacation.

One of the international community’s most bizarre and tense relationships will reach another crucial moment on Saturday evening local time, which is early morning in the U.S.

North Korea has established a very specific deadline for Seoul to shut down the loudspeakers: 5pm local time on Saturday (3:30am ET), according to Reuters.

Although the day will likely pass without weapons being fired, the si another major sign that the Korean peninsula is still miles away from peace despite 60 years of conflict.

Image via Republic of Korea/Flickr (CC BY SA 2.0)