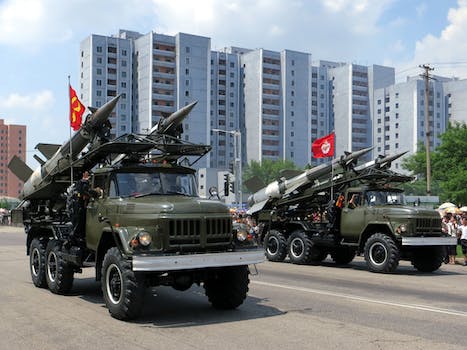 The latest news out of North Korea is so absurd that it would be laughed off as a lie if it originated in any other country. South Korean intelligence officials claim to have evidence that Kim Jong-un‘s government brutally executed a senior military official who fell asleep at an event featuring the young dictator.

The South Korean Intelligence Service told legislators that Hyon Yong Chol, North Korea’s minister of defense, was executed in late April after being convicted of treason for dozing off in Kim’s presence.

To carry out the sentence, Kim’s government placed Hyon “in front of an anti-aircraft gun at a firing range.”

Although the reclusive Kim and his repressive government are famous for their sadistic idiosyncrasies, as Reuters points out, “it is not possible to independently verify such reports from within secretive North Korea.”

If the intelligence report is accurate, Hyon’s death would mark the 15th such killing of a senior North Korean official by the Kim government in 2015 alone.

Photo via Stefan Krasowski/Flickr (CC BY 2.0)