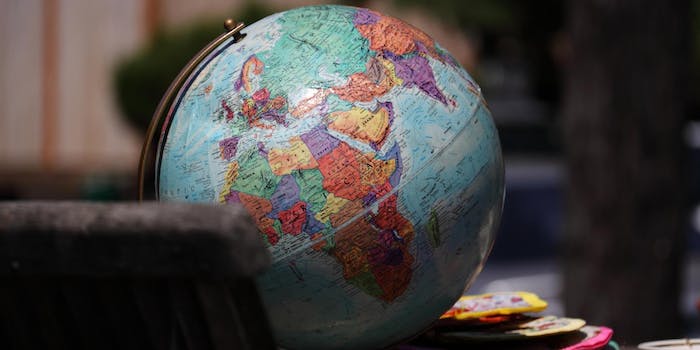 Tokleau is a super power.

One of the ways to become a player in the global community of countries is to export goods and services that others want. A nation selling domains probably isn’t going to turn it into a super power, but now we have a map that shows what it would look like if it did.

United Kingdom domain registry company Nominet took it upon itself to reshape the map of the world to imagine the land mass of each country by the amount of registrations with each country’s internet domain.

Based on domains alone, the world looks like a much different place. 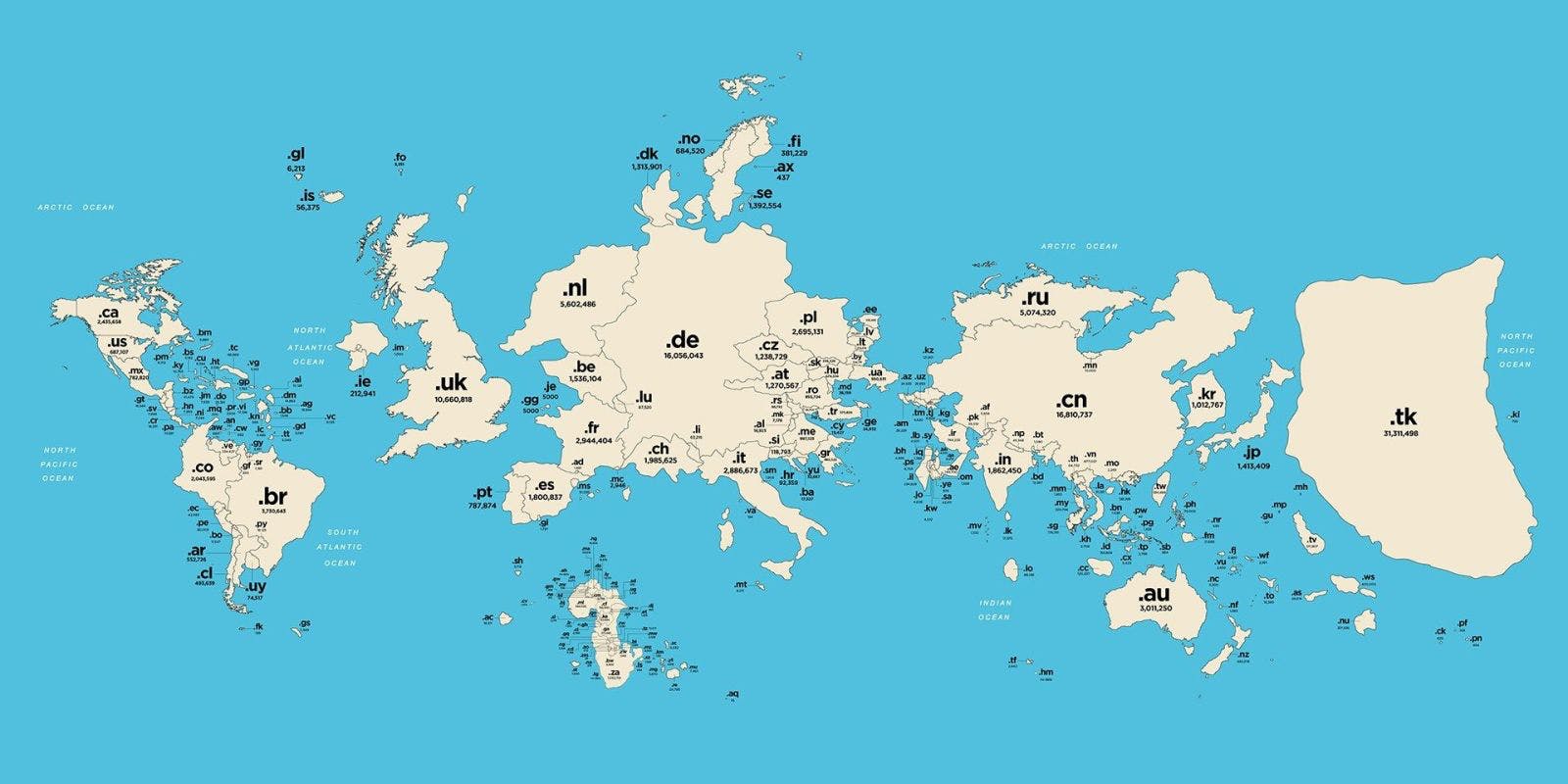 The United States, despite eating up a considerable amount bandwidth as a nation, is shrunken down to a the size of a small European country. This is primarily thanks to the adoption of the globally used .com domain in place of the country-specific .us domain. It’s one of the rare instances of the U.S. adopting a universal system instead of going its own way. (Looking at you, metric system.)

There are 31 million registrations under the Tokelau domain, which makes it the world’s largest country-code domain. It’s become such a lucrative business for Tokelau, thanks in part to an odd model that allows domains to be registered for free and revenue to come from advertising, that it has been reported that domain sales make up one-sixth of its gross domestic product.

The practice first started in 1985, when the first three country-code domains were delegated, marking .us for the United States, .uk for the United Kingdom, and .il for Israel. That practice expanded over the years, granting a two-letter domain to countries, sovereign states, and dependent territories.