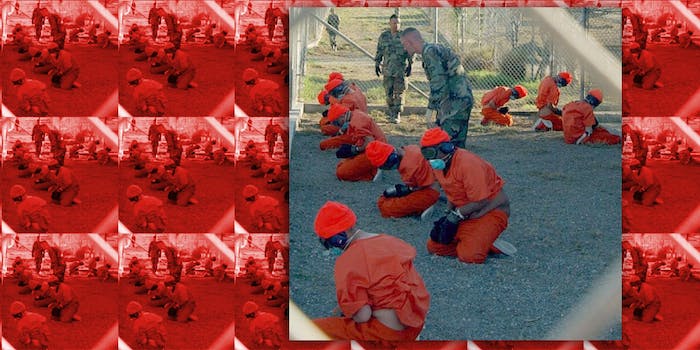 "We have reason to feel strongly about torture."

When President Barack Obama won the Nobel Peace Prize shortly after his inauguration in 2009 for the brave and revolutionary act of hopefully not being as much of a destructive warmonger as his predecessor, he entered a special club of Nobel laureates who have been honored for their promotion of peace throughout the globe. In that spirit, a dozen of Obama’s fellow prize-winners teamed this week up to give the president a piece of advice: Don’t torture any more folks.

The open admission by the President of the United States that the country engaged in torture is a first step in the U.S. coming to terms with a grim chapter in its history. The subsequent release of the Senate Select Committee on Intelligence summary report will be an opportunity for the country and the world to see, in at least some detail, the extent to which their government and its representatives authorized, ordered and inflicted torture on their fellow human beings.

We are encouraged by Senator Dianne Feinstein’s recognition that “the creation of long-term, clandestine ‘black sites’ and the use of so-called ‘enhanced-interrogation techniques’ were terrible mistakes,” as well as the Senate Committee’s insistence that the report be truthful and not unnecessarily obscure the facts. They are important reminders that the justification of the torture of another human being is not a unanimous opinion in Washington, or among Americans as a whole.

We have reason to feel strongly about torture. Many of us among the Nobel Peace Prize laureates have seen firsthand the effects of the use of torture in our own countries. Some are torture survivors ourselves. Many have also been involved in the process of recovery, of helping to walk our countries and our regions out of the shadows of their own periods of conflict and abuse.

It is with this experience that we stand firmly with those Americans who are asking the US to bring its use of torture into the light of day, and for the United States to take the necessary steps to emerge from this dark period of its history, never to return.

The letter, which also calls on Obama to make good on his long-frustrated campaign promise of closing the prison at Guantanamo Bay, went on to argue that nations whose leaders condone torture as a systematic practice are ones that have fundamentally lost their way. As a historic global leader in the humane treatment of prisoners, the laureates insist, the Unites States’ condoning torture and flouting of the Geneva Convention is especially problematic in a sense of global leadership.

“In recent decades, by accepting the flagrant use of torture and other violations of international law in the name of combating terrorism, American leaders have eroded the very freedoms and rights that generations of their young gave their lives to defend,” the letter continued. “They have again set an example that will be followed by others; only now, it is one that will be used to justify the use of torture by regimes around the world, including against American soldiers in foreign lands. In losing their way, they have made us all vulnerable.”

This letter comes only a few months after President Obama gave the most direct admission yet from the White House that the U.S. has used interrogation techniques over the past decade that have regularly crossed the line into torture.

“We tortured some folks,” Obama said during a White House press briefing. “When we engaged in some of these enhanced interrogation techniques, techniques that I believe and I think any fair-minded person would believe were torture, we crossed a line. And that needs to be understood and accepted.”

Even so, the government has yet to release the Senate Select Committee on Intelligence’s reportedly over 6,000-page report on torture, which is an analysis of over a million records from the Central Intelligence Agency (CIA) and other agencies about interrogation practices.

The ACLU has submitted a FOIA request for the report, but it has not yet been made public—something the letter from the Nobel Prize winners strongly encouraged Obama to do as soon as possible.