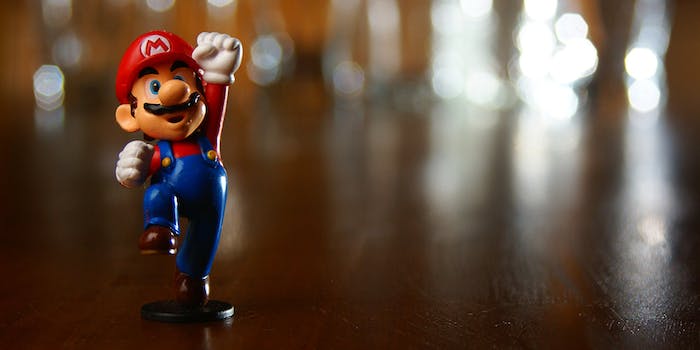 Nintendo is finally going to make its games for smartphones

Nintendo will finally take advantage of the smartphone gaming craze thanks to a new partnership with Japanese mobile software giant DeNA, both companies announced today. The new venture will bring true Nintendo gaming experiences to mobile platforms for the first time, which is something fans, and even Nintendo’s investors, have been demanding for years.

“In order to create completely new game experiences for smart devices, all Nintendo IP will be eligible for development and exploration by the alliance,” the announcement reads. “As these consumers enjoy the unique kind of gameplay found only with Nintendo, they will have the opportunity to explore even more premium experiences on Nintendo’s dedicated video game platforms.”

Nintendo has been notoriously stubborn about ignoring the smartphone gaming boom. In 2011, just as iOS gaming was exploding, Nintendo president Satoru Iwata boldly declared that porting properties to mobile was not a possibility whatsoever. In 2013, Iwata again stood firmly against smartphone gaming, claiming that in order to succeed, Nintendo would need to do “things that smart devices cannot do.” With today’s announcement of a massive deal for mobile games, Iwata’s tone has drastically changed.

As one of the oldest gaming institutions, Nintendo finally taking the smartphone dive is a huge deal, and DeNA’s experience with smartphone properties from the likes of Square Enix and Disney seems like a match made in heaven. But the deal goes even deeper than simply sharing Nintendo IPs for mobile games: Nintendo and DeNA are entering into a capital alliance as well, which will see Nintendo acquire over 15 million shares of DeNA, or roughly 10 percent of the company. That will give Nintendo itself a bit more muscle in any decisions that are made with its own franchises, and will most certainly allow the company to benefit even more from the retail success of its mobile titles.