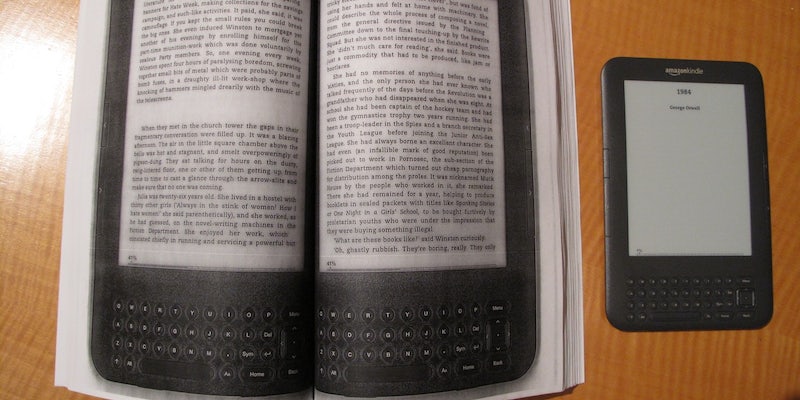 Amazon’s Kindle completely changed the way millions of people read books thanks to a display that’s almost indistinguishable from a normal printed page. The Kindle is so much like paper, in fact, that it can be photocopied, leading artist Jesse England to do what any other totally sane Kindle owner would do: He made paper copies of the entirety of George Orwell’s Nineteen Eight-Four and turned it into an actual book. 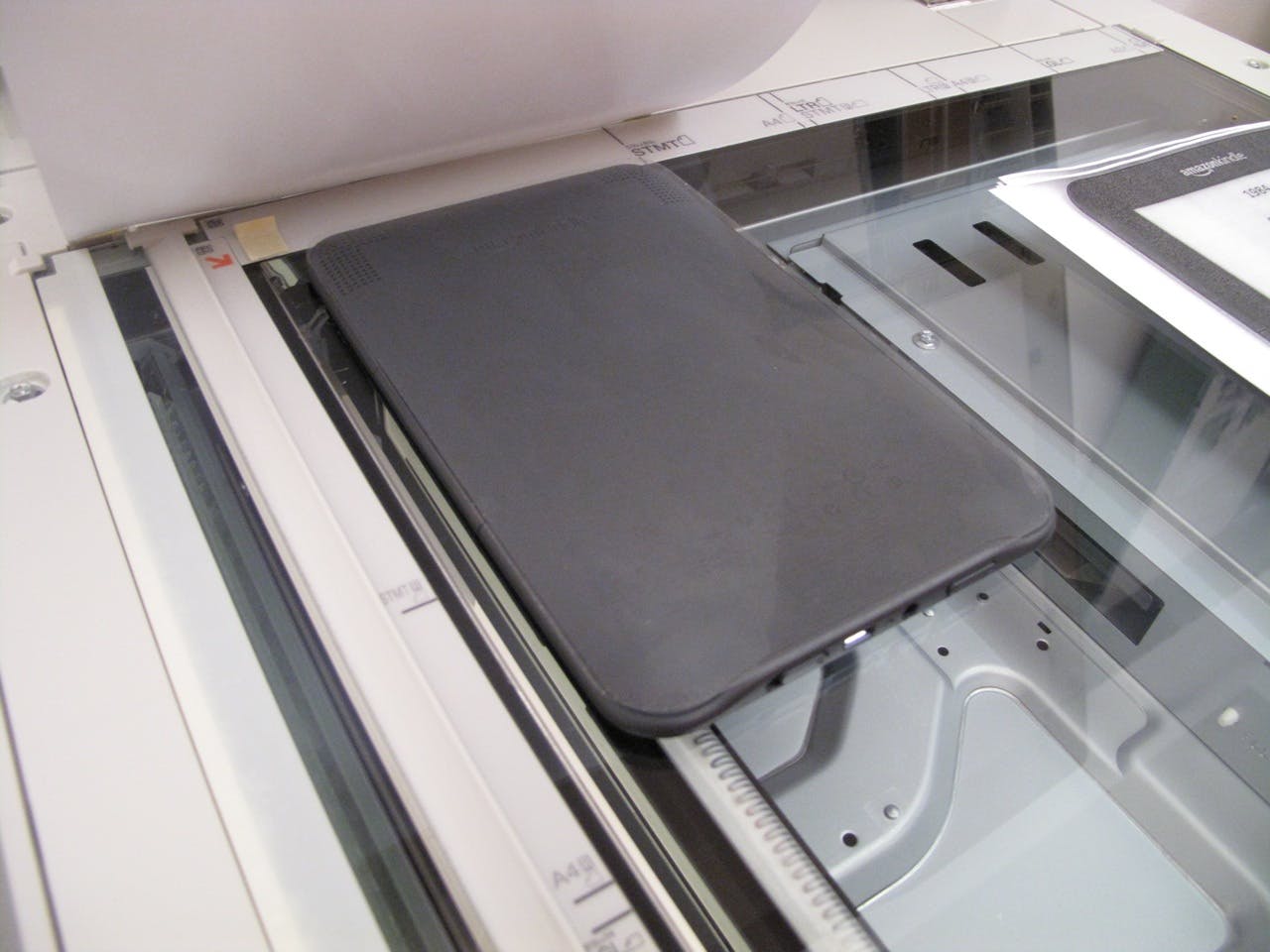 Every single page of the Kindle version of the 416-page novel was faithfully scanned and then printed in black and white before being organized and bound into a full hard copy physical version of the book. The painstaking effort paid off, as the final product is one of the strangest, coolest versions of a literary classic ever. 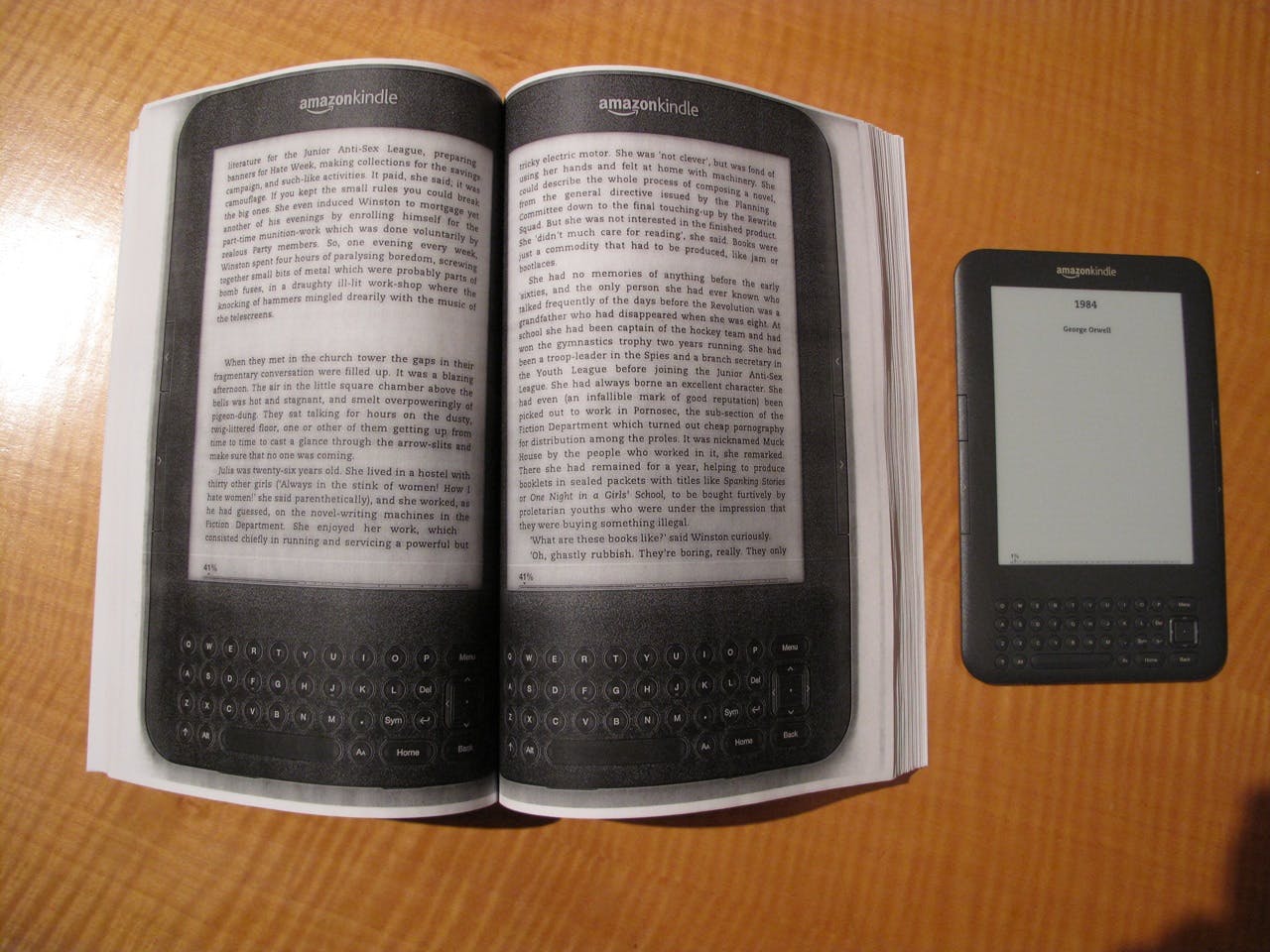 As strange as this process seems to be, England didn’t stop there. Instead, he uploaded the digital photocopies to his computer and created an ebook out of the physical book based on the ebook. Bookception. 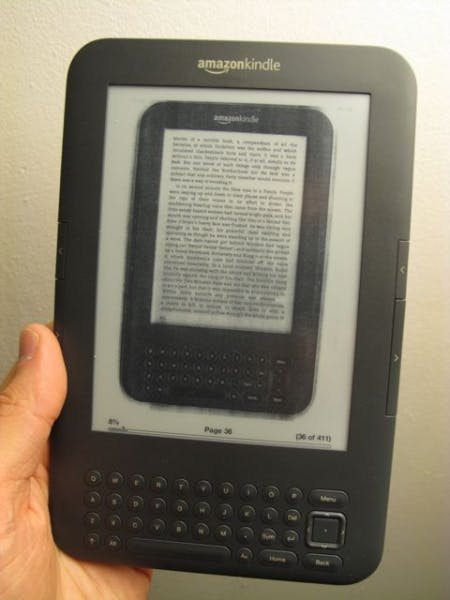