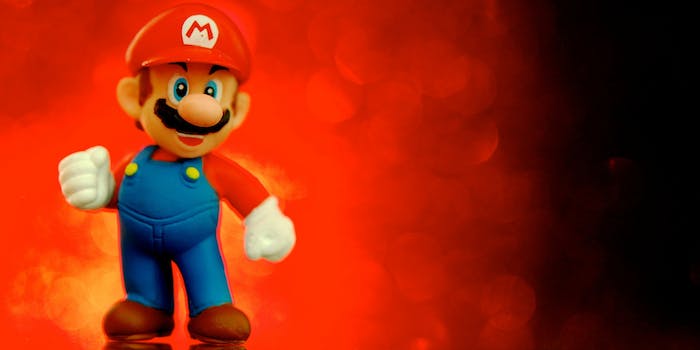 In case you had forgotten or preferred to remain blissfully unaware: Nintendo announced plans for a sleep-tracking device in the fall of 2014. This week, the gaming company said it would not make that gadget a reality after all.

The “quality of life” device was meant to track your sleep patterns using wearable sensors, similar to those that already exist, and Nintendo would provide health updates with a fun spin.

According to Wired, Nintendo president Tatsumi Kimishima offered an explanation for pulling out of the sleep tracking market during the company’s most recent earnings call, despite not being asked about it by investors:

In regards to the Quality of Life [device], which was not mentioned in any of today’s questions, we do not have the conviction that the sleep-and-fatigue-themed [device] can enter the phase of actually becoming a product … We no longer have any plans to release it by the end of March 2016. On the other hand, we still believe there are things we can do in the general category of Quality of Life, and we will continue to study the possibility of expanding into this field.

This isn’t the first time Nintendo has failed to deliver on health-related products. The video game company debuted the Wii Vitality Sensor in 2009, which would reportedly integrate with the Wii remote to read your pulse. It never reached consumers, and the company confirmed its cancellation in 2013.

Despite hardware flops, its games promoting health and fitness are still popular for casual exercisers, including the Wii Fit game system.