NextGlass app is a Pandora for beer and wine

Stephen Pond stepped away from a plate of nachos at Four Peaks Brewery in Tempe, Ariz. to talk about the Beer Census. He and travel partner George Taylor were passing through the southwest as part of a mission they were sent on this year to collect and drink beer for a new app called NextGlass, which launches today. 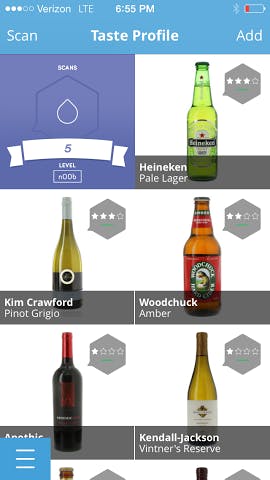 NextGlass, the so-called “Pandora for alcohol,” was founded by George’s brother Kurt, a N.C. native and former finance guy who decided to take a chance in the tech world. The 26-year-old came up with the idea two and half years ago when he was out to dinner with his father and the two of them ordered an expensive bottle of wine per their waiter’s recommendation.

“He brings it out and we try it, and we didn’t like it at all,” Kurt told me over a glass of wine (what else?) during a recent trip to New York, along with NextGlass COO Trace Smith. “We spent the rest of that night just talking about, why did we get a bad wine? We thought we gave plenty of information to make a good decision. But apparently we didn’t.”

After this fateful dinner, he couldn’t shake the notion that there had to be a way to be better educated before making a beer or wine purchase. And thus, the idea for NextGlass was born.

“We realized there’s no good way to universally describe taste,” Kurt said. But the big question was: “How can we objectively define wine and beer so that you always know you’re gonna get something you like?” 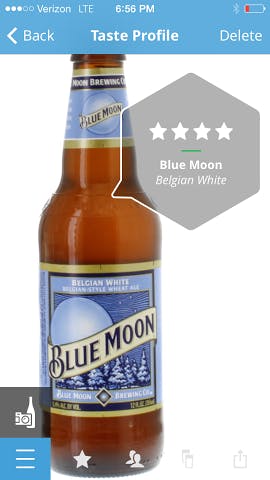 They got to work testing hundreds of bottles of wine in a lab to figure out the tools they’d need to get data, or a “DNA strand” for every bottle. Working with data scientists in their home base of N.C., the early NextGlass team was able to build algorithms and develop math behind what compounds and elements people enjoy in their wine. And after performing taste test trials using the taste science they’d developed, they saw a huge bump in satisfaction over someone just recommending a label offhand.

After realizing they were onto something, they hit the fundraising trail, and went through two rounds of funding from angel investors and individuals to get the research and app development off the ground. “Everyone loves tech and everyone loves beer and wine, so it’s really easy to get a conversation,” Smith said of attracting investors.

They soon realized that beer would be a natural extension, but found that it was much less accessible than wine: While a large majority of wine can be shipped by distributors, it would be impossible to access all the country’s various craft beers. That’s when they came up with the idea for the Beer Census.

Kurt called on George and George’s former grade school classmate, Pond, to create a treasure trove of all of the craft beer available in the nation. They were tasked with “getting everything available for sale right now, and taking anything on shelf with us to create the biggest database for beer that’s ever been created.” So Smith bought a refrigerated truck in Pennsylvania, and two days later, George and Pond hit the road.

The 24-year-olds hit the east coast, visiting cities like Portland, Washington, D.C., New York, Boston, Providence and more in the span of two weeks. The pressure was on to bring back the supplies so that the beers could be tested and inputted. And once they dropped off the east coast bounty, they went westward in mid-September.

Despite being stuffed into a truck together for two months, when I caught up with them in mid-October, their journey was rich with hops and void of drama. “We haven’t ripped each others heads off. We’ve kept it super positive and stayed on top of our game,” Pond said. 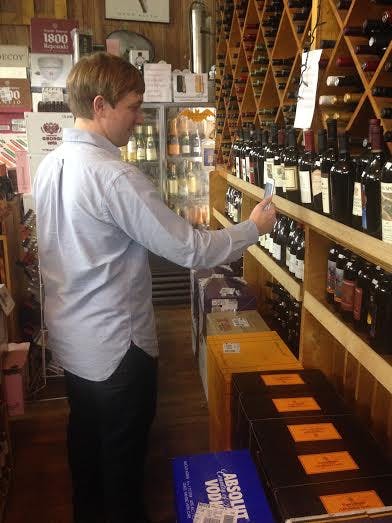 Pond and George were delighted to find that no matter where they were in the country, the brewers, big and small, welcomed them and their hulking truck with open arms. “The craft beer industry, no matter where you go, they’re such amazing people,” George told me. “Even cashiers are so passionate about what they do. They live for craft beer.”

By journey’s end, Pond and George collected approximately 6,500-7,000 bottles of craft beer. That brings the total of NextGlass’ beer and wine inventory to somewhere between 20,000 and 30,000 bottles.

“We’re very excited to see what people think [of NextGlass],” Pond added. “Every rep and distributor we meet, they’re all excited when we get there. It will definitely change a lot of things and be very helpful to people.”

I got to see just how helpful it was when Kurt and Smith were in town. We popped into a liquor store in New York’s Tribeca neighborhood, and perused the large wine selection. With Kurt’s help, I input my flavor profile by rating a few popular beers and wines on a scale of one to five stars. Then I mentioned that Sauvignon Blanc was my favorite wine. Kurt scanned different bottles using the NextGlass app scanner, and when it recognized the label, a number between 1-100 would pop up representing the percentage chance that I’d enjoy that particular bottle. 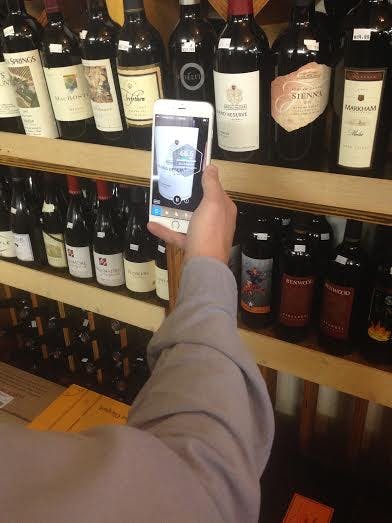 We even extended the experiment to lunch, where, at the risk of being uncouth, decided to forego the scanner and manually entered in the different white wine options. There was an 87 percent chance I’d like the bottle I chose, based on my NextGlass profile. If that grade was good enough for an 11th grade math exam, it was good enough for wine. And sure enough, the wine was much to my liking.

The more you use NextGlass, the smarter it gets: If you enjoy a beer or wine it’s recommended, make sure to note it. Just like Pandora, where a thumbs-up will encourage more music similar to Ariana Grande (not speaking from personal experience), saying you enjoy a certain Cabernet will garner more suggestions similar (or cheaper) than that one. And if you think a friend would enjoy a certain brand, it’s easy to share it with them.

Smith said their goal is simple. “[People] just want to find a beer and wine they like. That’s what we want to do: make it less intimidating, make it fun, make it accessible.”

On a recent trip to my corner liquor store, I stood in front of the white wine section, overwhelmed by choices. And then it dawned on me: I can just use NextGlass.