Fitbits, smartwatches, and Web apps are obsessed with death

Self-improvement is not done for nothing; it’s to live better. And honestly, longer.

Technology is beyond youth-obsessed. There’s a reason “the teens” has become a thing and why a not small number of the sites and apps and devices we’ve come to know and love were made by people living in dorms or fresh out of college.

The youth-mindedness of technology has no greater ally than the Quantified Self movement, complete with all its smartwatches, fitness trackers, calorie budgeters, sleep sensors, and stress monitors. It’s compounded, of course, by an Internet that is obsessed with #teens, built by #millennials, and forever confusing to the “olds.”

Everything technology-reality is urging us to calculate our age, whether it be physical or mental. Case in point: you.re.gettingold.com, a Web app that found itself atop Product Hunt this week. You.regettingold.com asks for your birth date, and then spews information about how old you are, including a pie chart that illustrates how many people with your birthdate are alive or dead.

There’s also Deadline, a new app that integrates with Apple Healthkit to calculate when you will die. It’s not the first of its kind, of course, but it’s the most recent and will have access to more data, per the new Healthkit capabilities. These don’t just calculate and quantify our ages or health (which, arguably, accomplishes the same thing), but force us to realize our mortality in a light-hearted way, with pretty charts and bite-sized data.

Technology is beyond youth-obsessed, because it’s death-obsessed.

These are two especially obvious examples. You enter your data; they give you facts about how old you are or how healthy you are (and thus, death probability rates). But every Quantified Self product on the market (which is really any “wearable” on the market), when you strip away the sleek packaging and extraneous features, is rooted in realizing your mortality. And it seems like part of our drive to own these devices and our increased interest in them is at least in part attached to the unattainable: living forever.

No one is going to market the Fitbit or Apple Watch as a death-defier, because that would be inaccurate and stupid. But that’s what we’re doing here: trying to delay the inevitable, trying to “hack” death. I mean, we know we can’t actually hack death, but the closer we come to it… the better, right? And I think that repressed somewhere in the back of our minds is the idea that maybe technology and the Quantified Self movement could truly find a digitally designed Fountain of Youth.

Really, all of these devices could come with the tagline “Defy death! Or at least considerably weaken the terrifying grasp it has over you!” I’m not going to use My Fitness Pal or a Fuelband because all I want to do is to know (though, of course, narcissistically reviewing myself in the form of personalized data is part of the allure); I also want to act on that knowledge. Self-improvement is not done for nothing; it’s to live better. And honestly, longer. 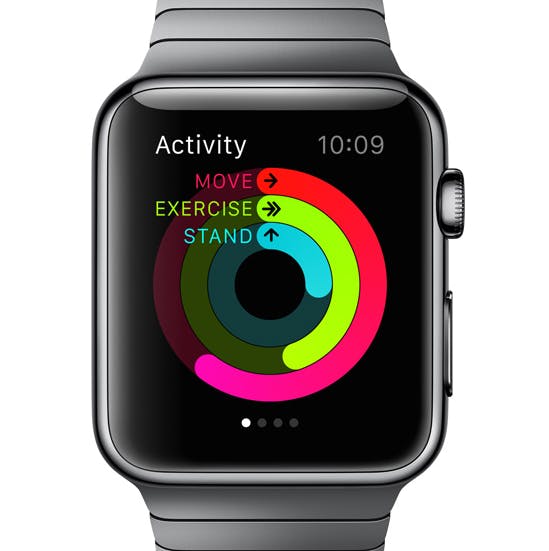 While we’re being honest, we should all realize that the products available to us (from free apps to thousand-dollar watches) are actually the “poor” man’s devices for hacking death. The futurists among us with deeply lined pockets are the ones making real strides in quantifying themselves in the hopes of cheating death. Ray Kurzweil believes we’re in a biotechnology revolution in which we will eventually “reprogram the software in our bodies.” (Kurzweil famously takes 150 pills a day.) Russian billionaire Dmitry Itskov is trying to perfect technology that will allow him (and other very rich people) to upload his brain to a hologram so he can live forever.

In the abstract from Anti-Aging Medicine: The History; Life Extension and History: The Continual Search for the Fountain of Youth, Dr. Carole Haber writes that the new anti-aging movement “is based on more than simple hair dyes, hormones, or diet. Rather, their ideas and actions ultimately serve to marginalize the very process of growing old.”

Whether it’s implanting yourself into a hologram or tracking your calories or measuring how far away you are from your death, the unstoppable wearables-meets-Quantified Self market is reinforcing the aging and dying complex. We’re subsciously trying to trick ourselves into thinking we’re edging toward immortality, with the added benefit of wearing a device that makes it look like we get this whole virtual-Internet-connected-human thing. Or using an app to predict our death “for fun.”

Can’t you just see all of us on our deathbeds in 60-70ish years, hitting our 20-something generation Apple Watches, tapping into all those apps that recorded our health and predicted our deaths? Seeing if they were wrong or right, helpful or not?

And then, like now, there will no way to know. Until technology actually cracks death’s code instead of picking at random locks, we’ll just have to, you know… keep on living and dying.

Photo via rafaelnepo/Flickr (CC BY 2.0)