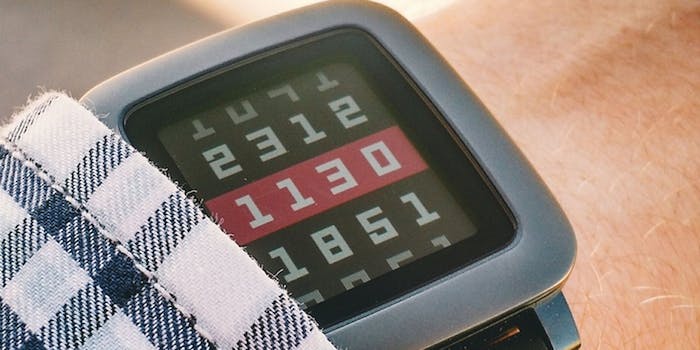 Feast your eyes on the new Pebble smartwatch

In the growing smartwatch industry, one company may be taking the lead. In 2013, a year after raising $10 million on Kickstarter, Pebble released its first smartwatch. Now after its successful second version, Pebble is seeking funds for its newest and coolest watch.

Pebble Time has a color e-paper display and a 7-day battery life.

Plus, it’s curved to better fit your wrist, is water resistant, and has a timeline display to keep track of your day.

With only a few buttons, it’s simple and easy to use.

You can get notifications from your iPhone or Android phone and use built-in responses or voice recognition to send messages.

And you can easily change the wristband to suit your fancy.

It’s like having a pretty phone on your wrist! No wonder the Kickstarter, which sought $500,000 dollars, has raised over $9 million at the time this post was published. Surprisingly, the phone will only cost $199 when it becomes available for purchase.