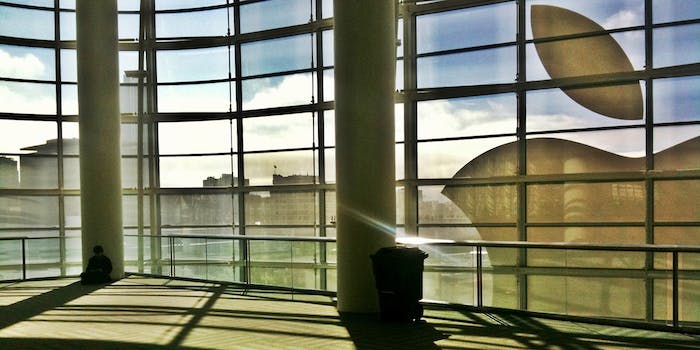 10 new iPhone features to look forward to in iOS 10

Apple's latest iOS update is its biggest yet.

There’s a lot in store for your iPhone this fall.

The chance to get a glimpse of iOS 10, Apple’s upcoming software update to the iPhone and iPads, fueled a lot of the anticipation behind Apple’s annual developers conference WWDC on Monday.  A total of ten new iOS features were announced by Apple VP of Software Engineering, Craig Federighi, in what he said was the biggest iOS update yet.  Amped up facial and object recognition for photos, invisible ink on your iMessages, and an even more powerful Siri are just a few of the things in store.

In a nutshell, iOS 10 will make it easier to rely on your iPhone as a command center for everything from calling a co-worker on Slack to paying for an Uber and organizing your photos. The changes impact virtually every aspect of the iPhone experience. There will be major updates to Apple Maps, News and Music as well. There’s even a re-design to your iPhone’s lock screen and better integration with 3D touch. The company will also opening up applications like iMessage and Maps to third-party developers.

The much-anticipated software update for iPhone and iPad is expected to be rolled out this fall along with the iPhone 7.

Here’s an overview of each new feature you can expect in iOS 10:

New tweaks to the iOS lock screen and 3D Touch will allow you to perform more actions and see more information without unlocking your iPhone. Pressing on a lock screen notification from your Uber driver, for example, will let you see a live-status update of where your driver is. You can view more details or reply to Calendar invites from your iPhone’s lockscreen. Your iPhone will also “wake up” as soon as you pick it up and raise your wrist.

Even if you’re no fan of automated assistants, Apple is doing everything it can to get you to be. In an effort to clone Amazon’s success with the Amazon Echo, which can do everything from order you a Domino’s pizza to play your Spotify playlists,  Apple will be opening up Siri to third-party developers. The new Siri will allow users to perform a host of outside functions that aren’t strictly information-related, such as ordering you a Lyft or sending a payment to a friend.

A new, Siri-enabled QuickType keyboard with the ability to give “intelligent suggestions” is also in the pipeline. The incredibly busy and the incredibly lazy will benefit from the scale of QuickType’s auto-suggest features. If a friend texts you “Where are you?”, QuickType will suggest sending a drop pin of your current location. If a friend texts to ask about drinks tonight, the keyboard will also let you see your calendar availability and detect any scheduling conflicts. The new keyboard will also auto-suggest recent addresses you’ve searched, so you won’t have to type them in again yourself.

iOS 10 will also enable multi-lingual typing. This will allow users to effortlessly switch between Spanish and English in the same iMessage, for example, without having to change to another keyboard.

The iOS 10 updates to Photos will not only just recognize faces and object, but it will also automatically organize photos based on the location, topic, and the people in them. Federighi said iOS 10 will contain advanced AI abilities to archive all the photography you take on your iPhone as well as detect people or life events that may be important to you.

In short, your iPhone will automatically tag and allow you to search for photos based on a greater level of detail than it has before. Viewing a trip album to Lake Tahoe with your grandparents will also pull up related albums with your grandparents, previous Lake Tahoe trips, or previous lake trips in general. You’ll be able to view these albums under new “Memories” tab on your iPhone’s Photo app.

Apple will roll out some much needed changes to its native Apple Maps app. Opening up Apple Maps for third-party developers may force some iPhone users to make the switch. With the new third-party integrated Apple Maps, you’ll be able to search for a new restaurant, book the restaurant on Open Table, order an Uber and pay for it all without leaving the Maps app.

Rumors of an iTunes library overhaul wasn’t addressed during WWDC 2016’s iOS 10 presentation. Instead, the focus was on the top-down redesign of Apple Music.

A new tab for “Downloaded Music” in Apple Music is sure to be an easy destination for your iTunes library. The ability to see song lyrics as they’re playing and listen to Beats radio stations on-demand are some additional new Apple Music features.

Apple News is making a bid to be your chosen destination for news over other popular apps. Apple said its Apple News app numbered 60 million active users per month. Breaking news alerts and the ability to read news publications you’re subscribed directly on the Apple News app are some of the changes ahead.

The Apple is moving in on the internet of things space with HomeKit. The latest software updates will enable iPhone, iPad, and Apple Watch to fully integrate with HomeKit products. Translation? You can open your garage door with your iPhone. You can dim your bedroom’s lights with the touch of your iPad. All your smart home products will be easily accessible through your iOS devices.

Your iPhone is likely a graveyard of unanswered voicemail. iOS 10 will transcribe voicemails so you don’t have to go through the trouble of listening to them unless you really want to. As was pointed out on stage today, this is also to accommodate countries like China, where voicemail spam is the norm.

VoIP apps like Skype and Slack will also be better integrated in iOS 10, allowing you to even more easily pull up a Skype or Slack contact.

Apple announced a wave of changes to iMessage to keep up with the likes of popular messaging apps like Facebook Messenger, Snapchat, and WhatsApp. You’ll be able to send money through iMessage and the app will be open to third-party developers, opening up the possibility of using iMessage to do everything from finding to ordering to paying for a pizza.

Emoji in iOS 10 will be blow up to three times their normal size. iMessage will also highlight words that can be replaced with emoji. You can use bubble text to blow up text for emphasis, or shrink text for a more subtle effect. Invisible ink allows users to send more intimate messages or photos that can be revealed with a swipe.