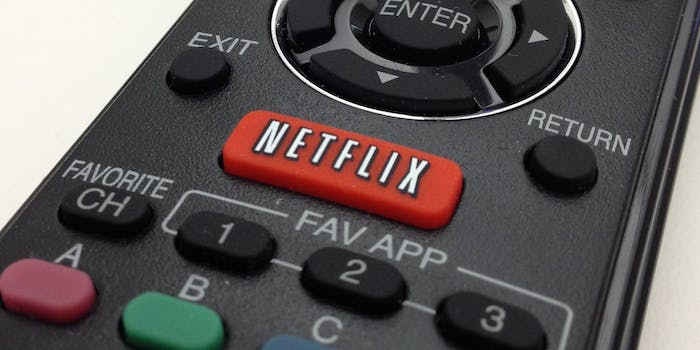 Netflix warns VPN users that their days may be numbered

Using location-spoofing tricks to stream your movies may end up getting you banned.

Netflix has quickly become one of the most popular entertainment platforms on the planet, but it’s also extremely restrictive. Depending on your location, the selection of content available on Netflix can be wildly different than elsewhere, and unless you’re in the Americas, Australia, or a relatively modest chunk of Europe, Netflix isn’t officially available whatsoever. Now, an update to the company’s Terms of Use suggests that it will begin taking action against those who use VPNs to sneak around the service’s restrictions.

Using a VPN (which stands for “virtual private network”) is the easiest way to trick a service like Netflix into thinking you are in a country that you’re not. By sending your Internet communications through a server in a different country before it goes to Netflix, the service will assume you are located wherever the information is coming from, allowing you to stream movies anywhere in the world with a decent internet connection.

Like a digital Sherlock Holmes, Reddit user CrypticCraig dove into Netflix’s newest Terms of Use update and discovered that some wording had been tweaked. Included in the agreement are several references to location-spoofing, including the warning that “Netflix will use technologies to verify your geographic location,” and a notice that the company “may terminate or restrict your use of our service” if it is suspected that you’re trying to trick the system.

Up to this point, Netflix has turned a bit of a blind eye to the use of VPNs on its service, and given the fact that the company is making money off of every subscription (whether you’re in an official Netflix subscription area or not), that makes a lot of sense. However, Netflix is still beholden to regulatory agencies and agreements from content partners that are different between territories. If nothing else, Netflix has to at least appear to be strict on the matter, so while VPN users may not end up universally banned, the chances are now greater than ever before.