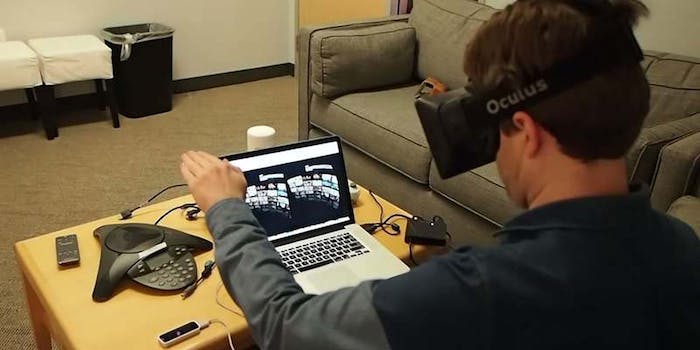 And that's just the begining of the company's Hack Day inventions.

A small group of Netflix employees gathered last week to show off their concepts for improving the streaming video service, demonstrating projects ranging from smart ambient lighting to an Oculus Rift-based user interface.

The Summer 2014 Hack Day, described on Netflix’s blog earlier this week, featured more than 150 programmers working on more than 50 projects that tweaked existing areas of the service and added new functionality.

Netflix offered several examples on its blog, including “Netflix Hue,” which uses “smart bulbs” to adjust the viewing room’s lighting based on the content being watched; Nerdflix, a console-based version of the site’s UI; Netflix Mini, a windowed version of the video player for multi-taskers; and Circle of Life, which populates a circle of titles related to the one selected to encourage the discovery of new content.

“I’ve recently become a bit obsessed with Hue lights,” Evan Browning, a Netflix employee who worked on “Netflix Hue,” told The Daily Dot. “I saw some other apps that try to do something similar, but I thought that we could make it simpler and better by integrating into Netflix.”

Although several of the hacks look like they’re just begging to be added to the service, Netflix has no immediate plans to integrate them just yet. A Netflix spokeswoman told The Daily Dot, “Hack day is really just a blue sky exercise for our engineers.”