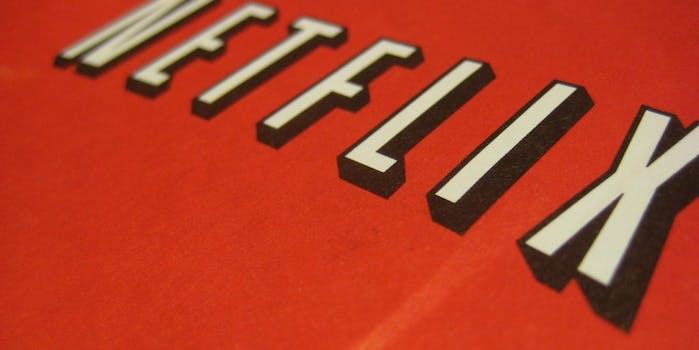 Netflix could be looking to offer offline viewing

Amazon Prime has been doing this since September.

With more creators getting into the livestreaming game, Netflix—the U.S. leader in that service—is reportedly going to help its customers continue to watch movies even when they’re not online.

That’s because Netflix will eventually allow users to download programs that can be watched offline, according to Light Reading. One industry insider told Light Reading that Netflix could launch the “download-to-go” option by the end of 2016, and another analyst said that this was “a natural progression for Netflix.”

Netflix didn’t confirm the added service, telling the website, “While our focus remains on delivering a great streaming experience, we are always exploring ways to make the service better.”

As Fortune pointed out, Netflix is the biggest livestreaming provider in the U.S., but Amazon beats it out for downloads. Plus, Amazon Prime Video customers have had the ability to download videos for offline viewing since last September.

Since then, Netflix Chief Product Officer Neil Hunt was questioned about Netflix not offering downloads, and he said that, even though many of his customers have requested that option, “One of the things I’ve learned is that every time you offer a choice, you paralyze some people who can’t decide if that’s what they want to do or not. Now, that sounds really stupid and self-serving, but it is, in fact, true.”

But that viewpoint might be changing. As Gizmodo noted, Netflix CEO Reed Hastings said last month on an earnings call that the provider should “keep an open mind” about the possibility of the “download-to-go” model.