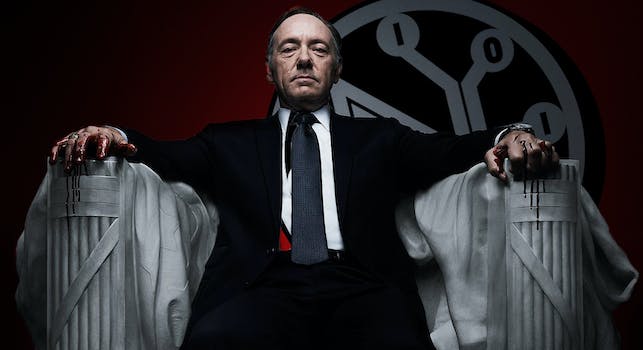 Who would want to mess with Frank Underwood?

To fight criticism from AT&T over a recent net neutrality gaffe, Netflix has enlisted one of its most powerful pop-culture weapons: House of Cards.

The latest fight between AT&T and Netflix began when Netflix CFO David Wells said that his company wasn’t thrilled with the FCC‘s decision to reclassify broadband Internet service as a public utility (like telephone service or electricity).

“Were we pleased it pushed to Title II? Probably not,” Wells told the 2015 Morgan Stanley Technology, Media & Telecom Conference in San Francisco, Calif., on March 4. “We were hoping there might be a non-regulated solution.”

This surprising comment contrasted with Netflix’s previous support for a Title II approach, and AT&T—which hated the FCC’s decision—immediately pounced.

“It’s awfully hard to believe [Netflix’s] CFO would go into a major investor conference and misspeak on an issue supposedly so crucial to their future,” said AT&T Senior Executive Vice President of External and Legislative Affairs Jim Cicconi. “More likely he had an attack of candor. At least ’til his company’s lobbyists got hold of him.”

Netflix fired back almost immediately, posting Wells’ full comments on its blog on March 5 but declining to clarify his specific remark about Title II. Nonetheless, the transcript showed that, after his now-infamous Title II criticism, Wells did go on to say, “We are very pleased with what’s been accomplished.”

Still, AT&T’s jab about how Wells’ “lobbyists got hold of him” must have rankled the folks at Netflix, because they escalated the conflict to Twitter.

Next came several tweets so aggressive that they might have been written by Frank Underwood himself.

I feel good to be on the offensive.

No word yet on the lengths to which Underwood and his team will go to make AT&T see the light on net neutrality.