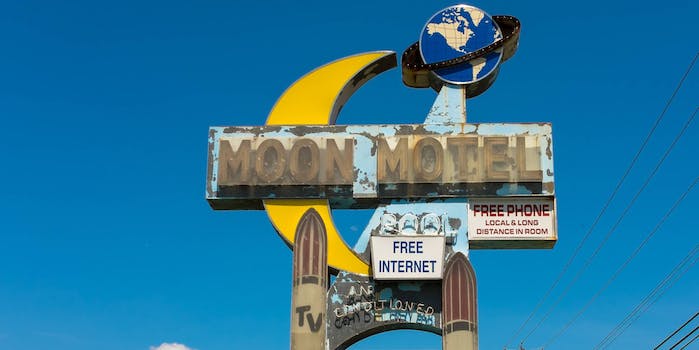 Documenting an American pastime before it disappears.

Lisa Guerriero quit her job working on the set of top-tier productions like Fight Club and Mad Men so that she could continue a lifelong project of photographing America’s neon signs. Now, thanks in large part to social media, her project can be viewed from around the world.

The artist’s neon sign project started in the mid 90’s when Guerriero noticed many of her favorite places began closing down. She grabbed her 35mm camera and started taking pictures of the signs that once lit up the night sky with color before they were demolished. 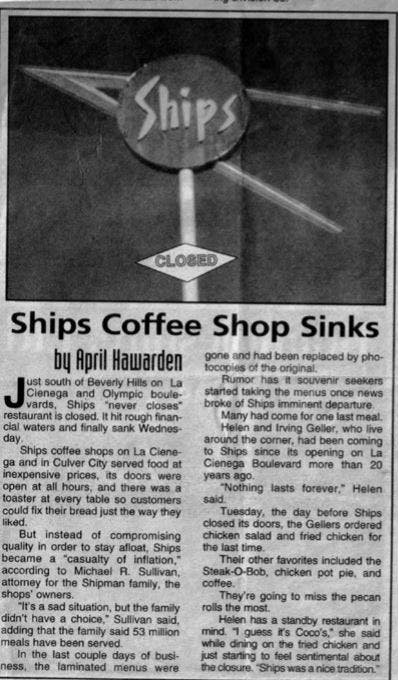 “There was a place in Los Angeles called Ships, it was one of my favorite goofy diners, and in 1995 it ended up closing. So I went and starting taking a bunch of pictures. That was around the time a lot of buildings were being torn down, so I decided to document these signs by myself.”

“I met this man in Cincinnati. I had stopped to take a photo of a hand painted sign when this guy at a yard sale comes up to me,” Guerriero said. “He was born and raised in Cinci, had never left, and lived in the same neighborhood his whole life. He was having a tough time, his 16 year old just got diagnosed with brain cancer, and his 21 year old just got married. He was doing everything he could to get money: his yard sale, working at a BBQ joint down the street, and a few other jobs. Eventually, he pulls out his phone and shows me photos of his daughter. Shows me photos of her and her partner, and her partner was a woman. He said his daughter married her best friend. He said ‘You know this marrying same sex thing is all new to me, but you know what, I’ll love my daughter no matter what.’ It was amazing. This really simple guy who has never left his home town, and the fact that he never really dealt with the gay community before, and now he is faced with it, but it was so sweet that he was going to embrace it no matter what. He probably never even met a gay person before.”

“I feel like I pick up the camera no matter where I go. I think this will be an ongoing project, and even when I get to the point where I want to sit down to compile the images and make the book I still feel that I will be photographing neon, even if no one is going to see the images. I am still going to want to see them myself.”