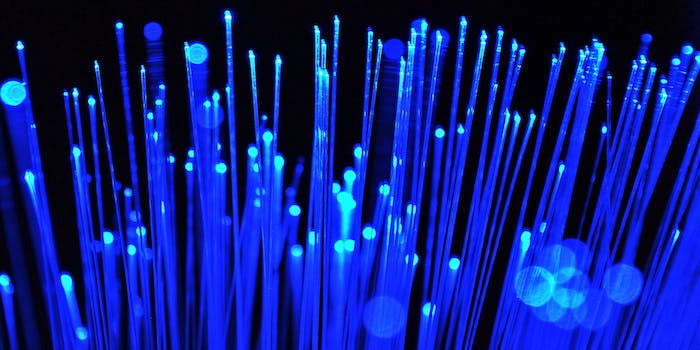 Some places, Internet service is still in the stone ages.

Think your cable company charges you an arm and a leg for broadband Internet service? Your ISP woes are likely nothing compared to one Nebraska farmer who was quoted the downright astronomical price of $383,500 to upgrade to fiber-based Internet service.

As reported by Ars Technica, the massive price was quoted by Windstream Communications for 36 months of “dedicated Internet service” to the Norman R. Schneider Family Trust Farm, located in Ceresco, Nebraska. A competing ISP offered to undercut Windstream’s price with a much lower, but still prohibitive price of $41,915.

Ceresco is an extremely small village, with a population of less than 1,000 as of its most recent census. Though the exact distance from the nearest Windstream fiber location is the topic of disagreement between the Schneiders and Windstream, the total distance is somewhere between three and five miles.

After months of back-and-forth with Windstream over the cost of running a line to the farm, Nelson Schneider has opted to go with the nearly $42,000 quote offered by local ISP NNTC, which will replace his sub-1Mbps DLS download speed with something much more usable.

Unfortunately, the plight of the Schneider farm isn’t unique to Ceresco or even Nebraska. Rural Internet service in the United States is still largely in the stone ages, with few options in most areas, and oftentimes no suitable service available at all. Dropping $383,000—or even $42,000 for that matter—just isn’t an option for the vast majority of rural families.

According to the FCC, over 53% of the 22 million rural Americans still lack access to what the government considers to be suitably fast Internet service. By comparison 92% of Americans living in urban areas meet the FCC’s guidelines for recommended Internet access.