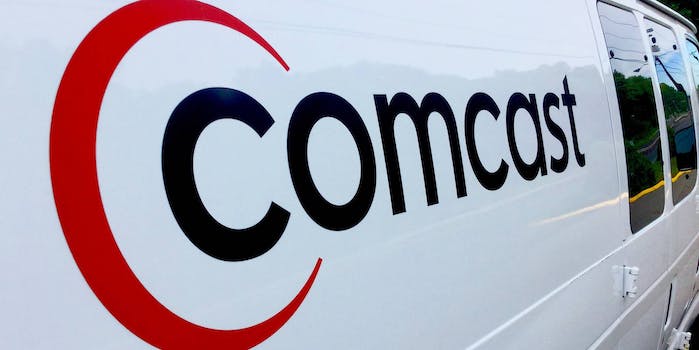 Comcast to stop claiming it has the fastest internet in America

Comcast is known for many things: confusing contracts, being hell to cancel, and data caps, mostly. It’s not, however, known for having the fastest speeds in America—despite saying so.

And now the National Advertising Review Board (NARB) has asked the company to stop making the claim that it offers “America’s fastest internet.”

The advertising watchdog group’s ruling cites Comcast’s skewed methodology when testing its speeds, including selectively outsourcing which customer speed tests were used. Comcast based its claims on crowdsourced data from Ookla’s free SpeedTest.net service from Jan. 1, 2015, through that June. Ookla’s data showed that some Xfinity customers had speeds of at least 104.56 Mbps, which is what Comcast based its advertising on.

The problem is those customers only represent the top 10 percent of Xfinity customers, and does not constitute a representative sample of customers for Comcast or its competitors. According to the NARB’s report:

Overall, the panel found that the Ookla data did not provide a reasonable basis for the internet speed superiority claims made in the challenged Comcast advertisements. The panel recommended that Comcast discontinues the challenged “America’s fastest internet” claims.The panel noted that its decision “does not preclude Comcast from accurately advertising the results of Ookla crowdsourced data as long as Comcast (a) clearly communicates what the data represents, (b) avoids any statement or implication that the data demonstrates that XFINITY provides faster internet speeds than competing ISPs, and (c) appropriately distinguishes between download and upload speed.

Comcast has said that while it disagrees with certain aspects of the panel’s findings, it will comply with the NARB ruling.