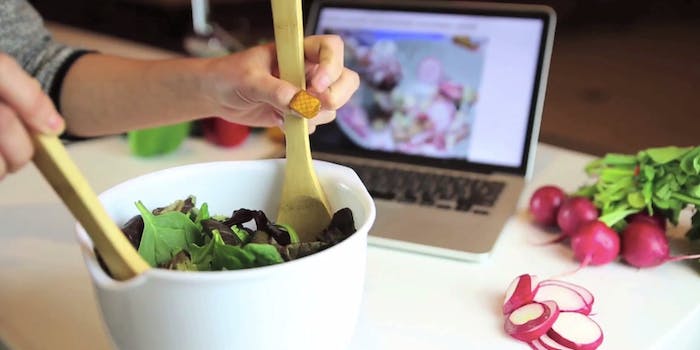 Control your wireless devices with this high-tech nail art

These students are making controlling wireless devices is easy and hands-free.

Researchers at the MIT Media Laboratory are making nail art smarter. The team has created tiny trackpads that are both fashionable and discreet.

The group developed a trackpad the size of a fingernail that can control your computer, smartphone, or any other wireless device. Called NailO, it fits on a thumbnail and relies on gestures from the neighboring fingers to operate applications and smart devices.

NailO is supposed to help people operate connected devices without pulling a phone out of your pocket or fiddling with your smartwatch. In a video demonstrating the device’s capabilities, MIT graduate student Cindy Hsin-Liu Kao changed the color of her necklace by swiping a finger across her thumb, and scrolled through a recipe on her computer while holding salad tongs.

The tiny device uses capacitive sensing, or touch technology that smartphones rely on. It also contains a microcontroller and a Bluetooth radio chip to connect wirelessly to devices. Battery life is a bit of a challenge, and MIT News reports that researchers are traveling to China to meet with manufacturers creating batteries that could fit in the tiny surface area.

It’s not just about the technology, however. Unlike other wearable manufacturers that put functionality before design, Kao said that like other nail products, NailO will be customizable, and people will be able to change the cover plate on top of the device to match their outfits. Like other accessories, nail art is a form of self-expression, and having the option to change the casing might make it appeal to a broader audience who doesn’t want a piece of black plastic stuck to their fingers at all times.

The trackpad is still in development, but it offers a glimpse into new ways we will be controlling our connected devices. Wearables aren’t constrained to our wrists or necklaces—eventually compact computing power will make it’s way to other parts of the body. And perhaps in the not-too-distant future, we’ll be asking for gel manicures to match our thumbnail trackpads.