The most expensive Apple Watches cost $17,000

The gold Apple Watch Edition will set you back.

Apple unveiled the much-anticipated Apple Watch on Monday, and while the basic watch starts at $249, the highest tier of technological wrist jewelry will be as much as a new car.

The Apple Watch Edition smartwatch will start at $10,000. The 18-karat gold smartwatch will have the same features as all the other Apple Watch devices, but will run you up to $17,000 for the tech company’s super swag. (There are only eight editions available of these more expensive models.)

Apple Watch Edition comes in both 38 mm and 42 mm sizes, and features a variety of different bands, including a “sport band,” which is much like the band on Apple’s entry-level smartwatch.

It appears that the only real differences between the $10,000 and $17,000 watches are the band and size differences.

The red and gray Modern Buckle bands with both yellow and rose gold faces and clasps are the two most expensive in Apple’s lineup. 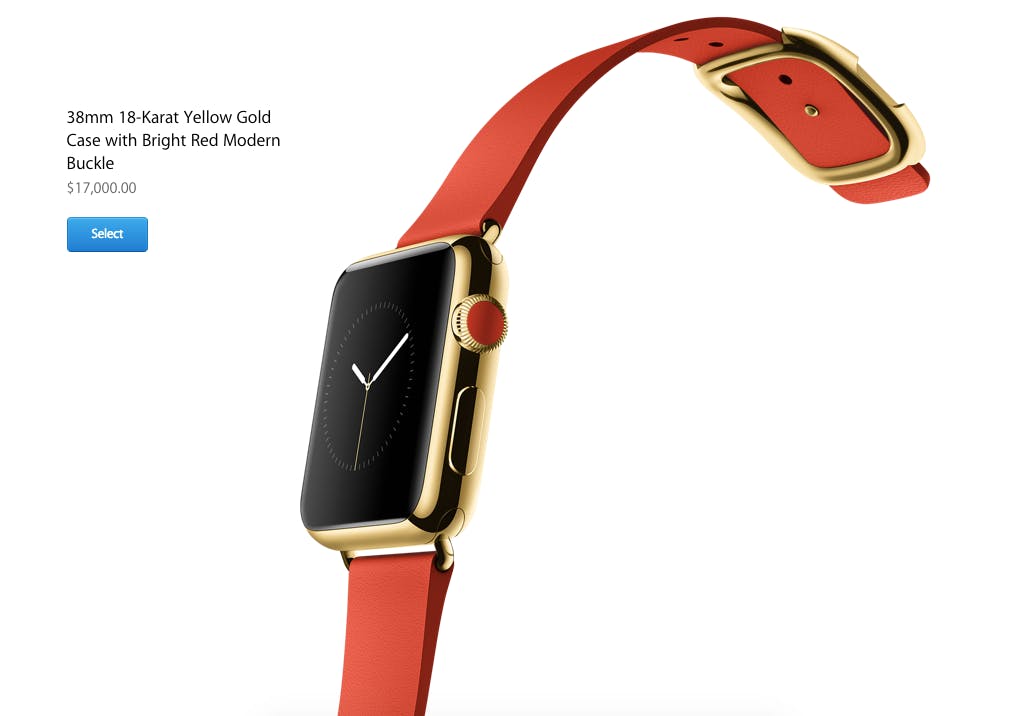 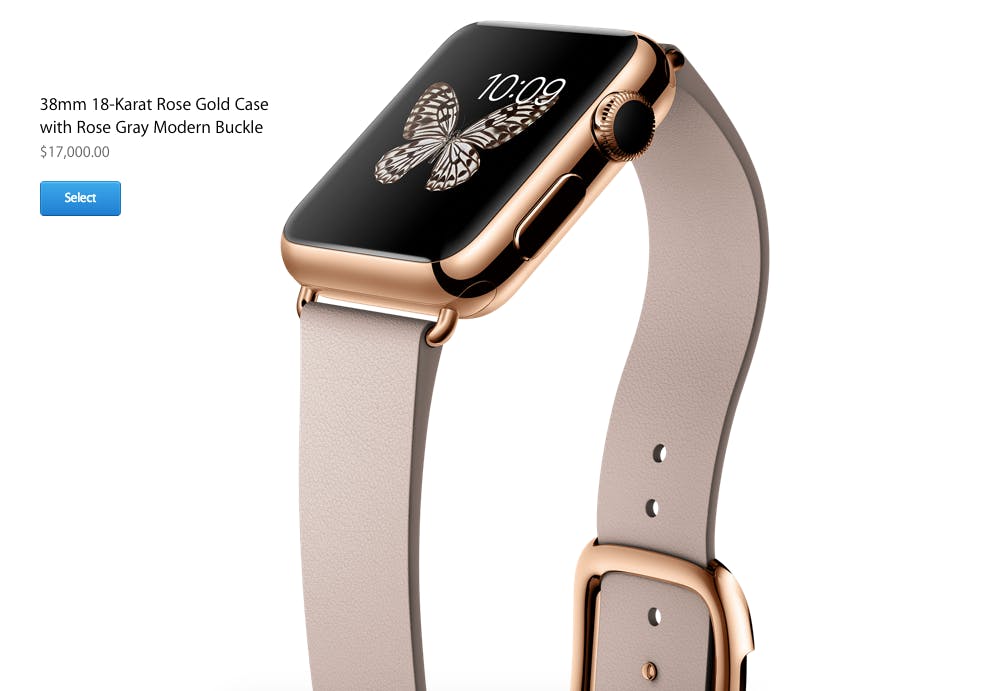 Compared to other traditional high-end watches like Rolex, with a storied history of jewelry and watchmaking, Apple devices are downright affordable. 18 karat gold Rolexes start around $23,000 and can go up to $90,000 or more.

And while Apple is trying to get into the watch game, some traditional Swiss quartz watch manufacturers are trying to smarten their options. Smartwatches from Swiss companies look nothing like the smartwatches we’re used to—less like a gadget, and more jewelry. Many smarter options from European watchmakers will start at a price point similar to Apple’s $249 Sport Watch.

Still, your average iPhone user likely won’t be picking up Apple’s version of wrist bling anytime soon, but the market is out there.