Getting directions in Freeman's voice make driving so much better.

You can now use the voice of the President of the United States, Nelson Mandella, and even God himself to give you directions in Waze, Google’s navigation app. Conveniently, those three jobs are handled by one man: Morgan Freeman.

Freeman is the latest celebrity to be added to the map app that provides voice-guided driving directions and helps you cut through traffic on the most efficient route possible.

Freeman’s narrative prowess is only available for a limited time, however. The actor’s turn-by-turn directions are a marketing ploy for his new movie London Has Fallen, in which he plays the U.S. vice president.

Waze has used celebrity voices in the past when films debut, including a Star Wars experience for Star Wars: The Force Awakens, which included navigation from C-3PO, R2-D2, and BB-8. 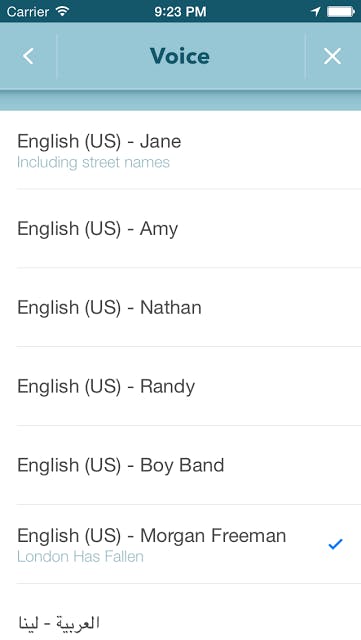 To get Freeman’s voice to talk to you while you’re on your way to work, you can change the navigation narrator under “Settings,” and tap “Sound” then “Voice Language.”

Waze did not say how long this special feature would be available. The film hits theaters March 4.