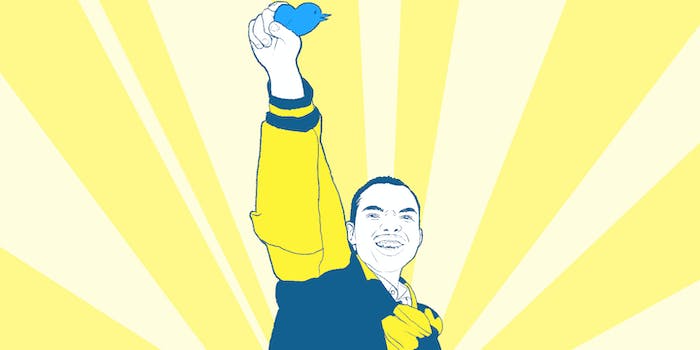 The University of Missouri’s tough history with race: A timeline

The University of Missouri has extensive history of systemic racism and racial tension.

The University of Missouri only recently landed in the national spotlight thanks to protests from black students, but Mizzou’s history of racism, racial tension goes back more than 175 years.

These historical struggles for race relations and diversity initiatives at Mizzou led up to today’s social media activism and solidarity in organizing, culminating with the Concerned Student 1950 movement that serves as the beating heart of the school’s current activism.

Here’s a timeline some of Mizzou’s historic racial issues, culled from the university’s Chancellor’s Diversity Initiative and its modern-day movement.

The University of Missouri was founded on Feb. 11, 1839. Initially, the university only admitted white male students, as did many other schools at the time.

Slavery was abolished in Missouri on Jan. 11, 1865. Due the practices of Jim Crow, however, the educational system in Missouri remained segregated. In 1866, troops of the U.S. Colored Infantry founded Lincoln University for African-Americans to receive secondary and higher education.

Remembering the sad tale of Lloyd Gaines & the fight for equality & acceptance at Mizzou: https://t.co/0xYcBwb2Kx pic.twitter.com/CAeXTZRYza

In 1935, Lloyd Gaines challenged “Separate, but Equal” policies in the educational system.

Gaines applied for the MU School of Law, one of 70 African-Americans who applied to Mizzou only to be denied between 1935-1950. Lincoln University didn’t have a law program at the time, but Missouri would pay out-of-state tuition for black applicants to attend college elsewhere.

With the help National Association for the Advancement of Colored People (NAACP), Gaines sued the University of Missouri, arguing that his Fourteenth Amendment rights were violated.

In 1938, the U.S. Supreme Court ruled in favor of Gaines. The court found that providing white students with a law school, but not black students, is discrimination. He became the first African-American admitted into Mizzou.

In March 1939, only three months after the Supreme Court ruling, Gaines mysteriously disappeared. He left his Chicago apartment to buy stamps never to be heard from again.

In 1939, Lucile Bluford challenged the University of Missouri’s admissions policies. She applied to the Missouri School of Journalism and was accepted. Once she arrived at the school, however, she was denied after the university found out she was black. Bluford petitioned to get in. In 1941, the state supreme court ruled in her favor, but the school closed its graduate program, claiming most of the professors and students were serving in World War II.

Bluford never got into Mizzou, but she fought for civil rights and served as an editor and publisher of the Kansas City Call, a significant black newspaper.

In 1950, Mizzou admitted nine African-American students. One of those students, Gus T. Ridgel, was also the first African-American to get a graduate degree from Mizzou. Ridgel recently talked with the New York Times about his experiences at Mizzou and today’s racial issues on campus.

In 1964, the Alpha Phi Alpha fraternity established the Legion of Black Collegians, the school’s official black student government, which started after racial tension at a football game. The marching band waved the Confederate Flag and the crowd sang along to “Dixie.” Black students responded by waving a black liberation flag. LBC demanded the establishment of a black studies program, more black faculty and students, and a week of black culture events every year.

Gerald Boyd founded the Blackout, the first black student publication at Mizzou, in 1969. The newspaper ended in 1971. Later, in 2009, Veronica Wells and Victoria Uwumarogie revitalized the concept of the Blackout as the BLACKout, an online magazine dedicated to black student life and issues on campus. The website has since shut down. (Full disclosure: I was co-editor of the BLACKout from April 2010 to May 2012.)

In 1969, Mizzou hired its first African-American professor, Arvarh Strickland. He was a professor at the university for 27 years, and taught the first black history class and spearheaded the founding of a black studies minor in 1970.

Mizzou’s Black Culture House was established in 1971. The center reopened in 1998 in a new space. And in 2000, it was renamed the Gaines/Oldham Black Culture Center to honor Gaines and Marian O’Fallon Oldham, the university’s first black female curator.

In 1977, the Missouri Student Association (MSA) created a task force to sponsor an anti-racism rally and condemn the Ku Klux Klan, after a Mizzou student said the Missouri Klan “Grand Dragon” started a chapter in Columbia, Missouri, home of Mizzou.

On April 27, 1987, around 250 students and faculty marched to Jesse Hall and demanded higher enrollment of minority students. Black students at time made up 3.2 percent of the Mizzou population. That was 740 out of 22,532 students, according to the Chancellor’s Diversity Initiative.

1989: The vice provost for minority affairs and faculty development

KC Morrison became the first vice provost for minority affairs and faculty development in 1989. He oversaw programs to recruit minority students and faculty. Also, he created multicultural tolerance programs, according to the Chancellor’s Diversity Initiative.

The University of Missouri started its recognition of Martin Luther King Day in 1991 following a series of student rallies.

In 2004, the university established the Chancellor’s Diversity Initiative, which is tasked with creating a more “inclusive” and “welcoming” environment for minority students.

MU students Zachary Tucker and Sean Fitzgerald scattered cotton balls across the lawn of the Gaines/Oldham Black Culture Center. The pair were arrested in March 2010 on littering charges and later sentenced to community service and probation.

Mizzou student Benjamin Elliott spray-painted the N-word on a sculpture outside of the university’s Hatch Hall in February 2011, a year after the cotton ball incident. Elliott was arrested for second-degree property damage and later sentenced to probation.

On Sept. 12, 2015, Missouri Student Association President Payton Head posted on Facebook that he was called the N-word and F-word.

“This is my reality. Is it weird that I think that I have the right to feel safe here too? If you see violence like this and don’t say anything, you, yes YOU, are a part of the problem. It’s the reason why It’s On Us, Black Lives Matter, Trans Rights are Human Rights, and love is fucking love.

“If you want to fight for social change at Mizzou there are so many different outlets. Apply to be a Diversity Peer Educator, stop by any of our wonderful centers of social justice. Educate yourselves and others. Hold your family, friends, fraternity brothers and sorority sisters accountable. And if this post made you feel uncomfortable, GOOD! That means I’m doing my job. It’s time to wake up Mizzou.”

Chancellor R. Bowen Loftin posted a letter asking MU students and faculty “in standing up against bias and discrimination” on Sept. 16.

“I regret the delay in providing a clear statement of our position to the Mizzou community, but during the intervening days MUPD interviewed affected parties, and we have been in conversation with the students involved in recent incidents to ensure that their wishes are taken into account in any public statement that we make,” he wrote.

“Let me be very clear about where I stand as Mizzou’s chancellor: one bias incident is too many. The incidents that I have heard about—both blatant and subtle—are totally unacceptable.”

Loftin met with the LBC after members had been called the N-word. LBC tweeted about it on Oct. 5.

@__HighQuality wrote a letter about the events yesterday evening. In case you're wondering why we are angry. pic.twitter.com/3ZNOTV4Qim

On Oct. 8, the chancellor announced an online diversity training program, according to the Columbia Tribune.

A group of 11 black student started Concerned Student 1950, a nod the nine students admitted to the university in that year, and held its first protest on Oct. 10 during the Mizzou homecoming parade, where they blocked University of Missouri System President Tim Wolfe’s car.

A swastika drawn in human feces appeared on the walls of one of the university’s residence halls on Oct. 24. The Residence Halls Association tweeted out a letter on Oct. 29, vowing to “not stay silent.”

We will not stay silent. Read the statement below from @RHAPresident pic.twitter.com/xJbPT1oIrI

Concerned Student 1950 released a list of demands on Oct. 20, asking for an apology and the resignation of Wolfe.

A member of Concerned Student 1950, Jonathan Butler, went on a hunger strike on Nov. 2. Students showed up to support him and the #ConcernedStudent1950 hashtag trended on Twitter.

Wolfe issued an apology on Nov. 6 for how he reacted at the homecoming parade a few weeks before. He wrote:

“I regret my reaction at the MU homecoming parade when the ConcernedStudent1950 group approached my car. I am sorry, and my apology is long overdue. My behavior seemed like I did not care. That was not my intention. I was caught off guard in that moment. Nonetheless, had I gotten out of the car to acknowledge the students and talk with them perhaps we wouldn’t be where we are today. I am asking us to move forward in addressing the racism that exists at our university – and it does exist. Together we must rise to the challenge of combatting racism, injustice, and intolerance.”

Wolfe received more backlash on Nov. 6 after someone posted video of what students considered an insensitive response to systemic oppression.

More than 30 football players stood in solidarity with the Concerned Student 1950 activists on Nov. 7 and refused to participate in any practices or games until Wolfe was fired or resigned.

We're black. Black is powerful. Our struggle may look different, but we are all #ConcernedStudent1950 pic.twitter.com/obCjSWCFVY

Wolfe resigned from his position on Monday, Nov. 9, followed later in the day by Chancellor Loftin, who announced he will transition to another position to advance the university’s “research mission” at the end of the year.

MSA released a statement to the University of Missouri System Board of Curators, and Butler ended his hunger strike.

We are publicly releasing our letter to the University of Missouri System Board of Curators. @umsystem @umcurators pic.twitter.com/CqsWMAZVwK

Police arrested Hunter Park, 19, was arrested and charged for making terroristic threats towards black students on Nov. 11. Police claim that Park, who is not a student at Mizzou, is responsible for posting messages to Yik Yak threatening to murder black students at Mizzou.

On Nov. 11, black students and alumni use the hashtag #BlackOnCampus on Twitter to talk about their experiences of racism, oppression, and lacking race relations on college campuses across the U.S.