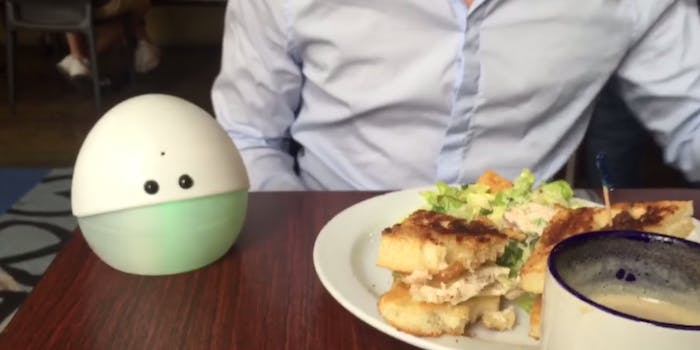 Mira is the cutest robot you'll see all week.

Mira the robot has one job and one job only: to make you smile.

“This project explores human robot interactivity and emotional intelligence. Currently Mira uses face tracking to interact with the users and loves playing the game “peek-a-boo”. As her understanding of the world and people’s emotions get richer so will her ability to interact with people in a more meaningful way.”

Mira was developed with help from Aaron Nathan and Vijay Sundaram and was shown at the Bay Area Maker Faire this year. Here’s a prototype version, before the colored lights were added.

Who knew an egg could be so adorable?