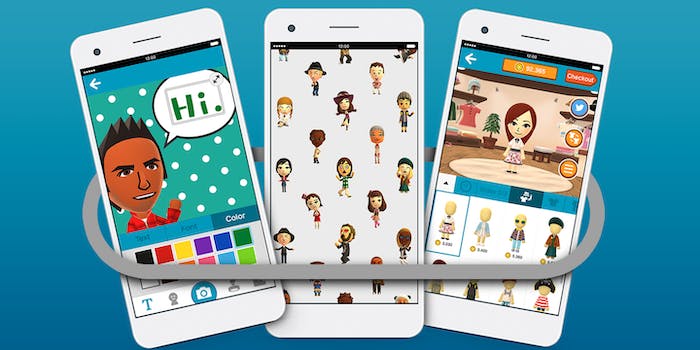 Get hooked into Nintendo's online world.

It’s time for you to join a new social network built by one of the most loved video game companies in the world.

Preregistration is open for Miitomo, the social networking app revealed by Nintendo in October. You can head over to the new Miitomo site and sign up to receive an update in March when Miitomo is released on iOS and Android devices.

You’ll need a Nintendo Account, which you can create by signing in with Facebook, Google+, Twitter, or via your Nintendo Network ID, to preregister for Miitomo.

In other words, when you preregister for Miitomo you’re simultaneously being pulled lock, stock, and barrel into Nintendo’s new social network. 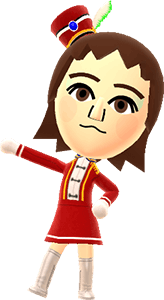 Miitomo is a social app built around Mii avatars that offers you personality quiz type questions. Your answers are then shared among friends on your Miitomo network. You can comment on other people’s answers or give their answers a “heart” if you like them, which ought to sound familiar.

If you’re a long-term Nintendo fan you’ve probably had a Mii avatar since 2006 when the Wii console was released. Your Mii avatar was first used in games like Wii Sports, and today it’s a key element of the Miiverse social network on Nintendo consoles.

When you share a Super Mario Maker course in Course World on the Wii U, your Mii avatar is attached to the post. When you exchange a StreetPass from your 3DS handheld with other 3DS users, you “meet” each other through your Mii avatar. Nintendo devotees who already have a Mii will be able to import them into Miitomo using a QR code generated by either their Wii U or 3DS.

If you still need to create a Mii avatar you’ll be able to do so when you first load into Miitomo, either by using the customization options to create your character, or by taking a photo of yourself and then allowing Miitomo to generate a Mii for you (which you can also do on the Wii U and the 3DS).

Your Mii avatar will then “travel around and visit” people on your Miitomo network. If the 3DS StreetPass system is any guide, that means you’ll check in to Miitomo and find your friends’ Mii avatars looking back at you.

Miitomo is described by Nintendo as “free-to-start.” Using Miitomo will earn players Miitomo coins, that will also be available via in-app purchase. The coins can be spent on customization options like clothing and costumes for your Mii.

Many of Nintendo’s investors had clamored for years for the Japanese video game giant to get involved in the lucrative app business as Nintendo’s stock price dropped, and it became clear that gamers weren’t adopting in large numbers the Wii U console.

In March 2015, Nintendo announced that it was partnering with Japanese mobile software giant DeNA to finally begin developing mobile apps. Nintendo stock jumped up by 27 percent after the announcement.