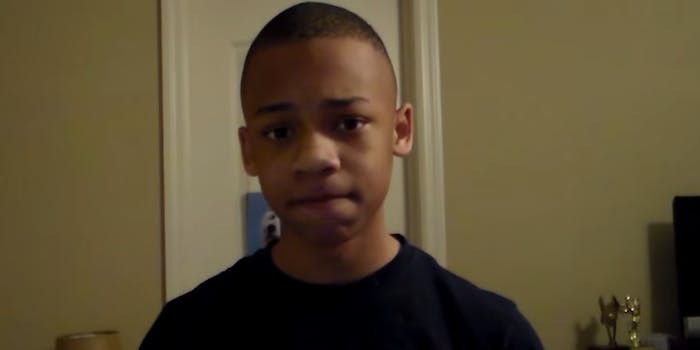 The conservative media world is salivating over a middle school student’s epic takedown of Barack Obama. They say the kid’s viral video reveals the 44th president’s utter disdain for the United States of America—or something.

C.J. Pearson is the 12-year-old founder and executive director of Young Georgians in Government. He has described himself as “a Republican, with strong Libertarian leanings.” On Saturday, Pearson took to YouTube to defend former New York City Mayor Rudy Giuliani, who accused President Obama of not loving America.

Giuliani’s comments were met with near-universal condemnation outside of the conservative political world, but inside that world, questioning Obama’s patriotism is neither new nor atypical.

“Here is the truth of the matter,” Pearson says in his video, which has gone viral on the right. “President Obama, you don’t love America.”

About halfway through his video, Pearson says something to President Obama that many people are probably thinking as they watch this diatribe: “It makes no sense to me.”

Sorry, Democrats, this is one vote you won’t be able to court in six years.