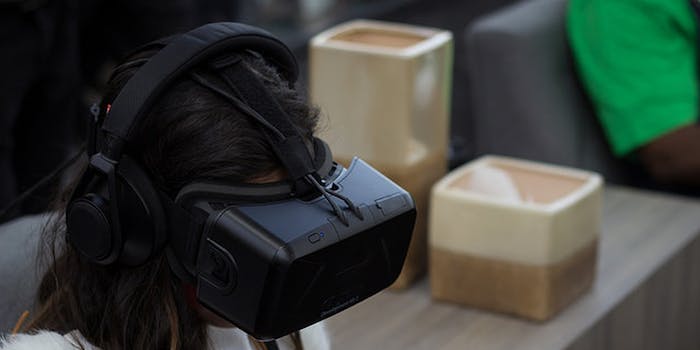 The race heats up.

The virtual reality headset race continues to heat up as rumors surface that Microsoft may be entering the space.

According to TechRadar, Microsoft’s headset is well into development and even in the hands of some developers. This suggests that Microsoft wants some software available to show off during E3 2015.

Most interestingly, the VR headset is being developed by the Surface development team. The engineers there have very rigorous standards for quality and have actually made the Surface line a successful platform for Microsoft. It’s at odds, because many would expect that Xbox One’s development team would be the ones heading the project.

With Microsoft now potentially entering the fray, that makes four major companies battling for consumer dollars. First came Facebook’s newly acquired Oculus Rift. Then came Sony’s Project Morpheus. Shortly after, Samsung announced the Gear VR, which works with its Galaxy phones. Even Google introduced Cardboard, a cheaper, more accessible way for people to experience VR. And now Microsoft. It shows that VR could have quite a vibrant future with so many companies throwing money at research and development.

An E3 2015 reveal would be a good time to show off the device, as rumors suggest Facebook plans to launch the Oculus Rift in a limited release summer 2015. Rumblings of a new headset may deter customers from adopting the Oculus Rift day one and cause them to hold out for Microsoft’s offering. It’s also very likely that Microsoft’s VR headset, much like its Kinect, will be compatible with PCs. If that’s the case, then Facebook may be getting some serious competition.