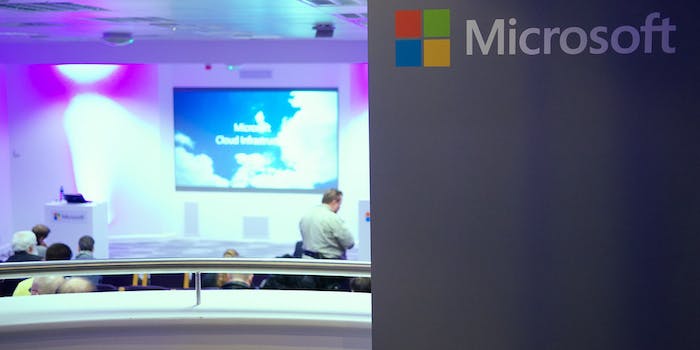 Finally: Microsoft is bringing its email client to your phone.

After Microsoft acquired email app Accompli for $200 million in December 2014, the endgame for the acquisition was pretty clear: use the established email client to bring Outlook to Android and iOS.

Outlook has been noticeably absent for mobile, especially as the rest of the Office suite has made its transition to the non-Windows platforms. While it doesn’t have the fanfare that a Gmail has, nor the new glow of all the messaging apps that threaten the concept of email entirely, Outlook has plenty of dedicated users who have adopted the email client as a way of life. It is as common in the workplace as any office supply.

Now it can finally be a part of Android and iOS user’s mobile desk. Given how ubiquitous Outlook is for people working for companies and organizations that swear by the platform, downloading the app will be inevitable. Will it also be painful? Here’s what you’ll love (or hate) about the new Outlook app.

Outlook has never really conquered mobile. While millions may use the Microsoft-made email client, phones from the company spend more time on the shelf at the store than in people’s pockets. Even Windows diehards have an Android or Apple handset. Ever since Microsoft has stopped trying to punish those people by withholding their products from them and instead embracing them, they’ve racked up over 80 million downloads.

Outlook will increase those totals and probably would have made more sense as the first app to make the jump instead of the last. Then again, it’ll also help push people away from the desktops and laptops running Windows. And suspiciously, the new Outlook isn’t available for Windows Phone users yet. Could Microsoft be abandoning the hardware business altogether to focus on making apps?! The slow death of OWA

We’re sure someone will be happy to note that Outlook totally was accessible on iOS and Android before this app. Outlook Web Access (OWA) was not an app. It was a website in app’s clothing. Its name is treated like Voldemort in the workplace.

The much maligned email offering from Microsoft was the cause of more frustration than communication. It currently has a 2.5 star rating in the App Store. It’s not going away, and for some features you’re probably still going to have to use it. But for the most part, you can be free of its shackles.

While OWA required users to sign up with a business-grade Office 365 account, Microsoft’s subscription service, Outlook will open its doors to a variety of consumer services—including ones not made by Microsoft. Outlook supports Office 365, Exchange, Outlook.com, Yahoo, Gmail, and others. It connects with OneDrive, iCloud, Box, Dropbox and Google Drive for attachments. It’s an Outlook that acknowledges other services Accompli with a new name

If you’ve used Accompli before, you’re going to feel right at home with Outlook. Microsoft says that they’ve developed Outlook from the same code base as Accompli but for all intents and purposes, it just is Accompli with an Outlook app icon slapped on the front of it. Accompli is an extremely well-received and trusted email app, so there’s no point in trying to immediately shoehorn other features into an otherwise perfect package.

Less about enterprise, more about users

The complaint about OWA requiring a business-grade account was a valid one, but the tables may end up turning with Outlook. Accompli, and in turn the new Outlook, are built as personal mail clients. They’re made to help handle your inbox one email at a time.

Outlook has a big business feel to it and some of the enterprise-focused features are missing in the current build of Outlook. Some Office 365 functionality including access OneDrive for Business and Exchange Server features are missing. Microsoft says support for those and features like viewing Information Rights Management protected emails and support for Apps for Outlook is coming. In the meantime, don’t delete OWA just yet.